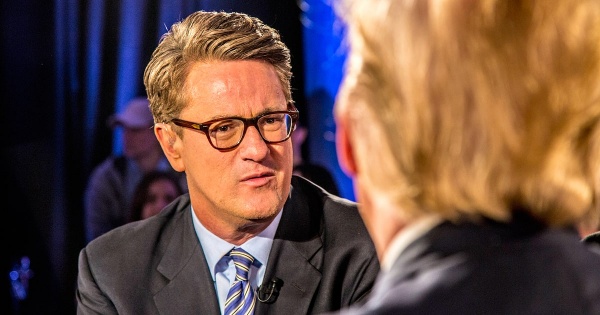 A storm is gathering, and there is every reason to believe that 2018 will be the most consequential political year of our lives.

The reckoning upon us follows a year mercifully drawing to a close this weekend. Over that horrid year, President Trump has questioned the legitimacy of federal judges, used Stalinist barbs to attack the free press and cast contempt on the rule of law, while his campaign manager, his national security adviser and a foreign policy aide have been marched into federal courts. Those anti-democratic instincts were made all the more ominous by his praising of autocrats across the world as they were ruthlessly consolidating power in countries such as Russia, China, and the Philippines.

It is difficult to pinpoint the nadir for a man who has savaged Mexicans, Muslims and Gold Star mothers while fat-shaming beauty queens and face-shaming female news hosts (disclosure: in the latter example, my own fiancee ). But the low moment in this presidency may have occurred four months ago when Trump claimed a moral equivalency between neo-Nazis and those standing against them. Or perhaps it was three weeks ago, when the president told Americans to vote for an accused child molester who had called our country the focus of evil in the modern world and once suggested opposition to the constitutional amendments that ended slavery and gave women the right to vote.

Others would surely consider the president’s malignant idiocy in foreign affairs to be the most damning legacy of his first year. World leaders continue to watch dumbstruck as the United States retreats from organizations that were created following the allies’ victory over Hitler. Those same alliances that Trump now undermines with reckless tweets and discarded treaties carried the United States to victory in the Cold War. But this is a White House that heaps contempt on history. And so, America’s dangerous retreat from the world continues.

“On the morrow of the Republican success, isolationist conceptions prevailed,” Winston Churchill wrote in “The Gathering Storm.” The British prime minister believed Hitler’s rise proved, above all else, “how absolute is the need of a broad path of international action pursued by many states in common across the years, irrespective of the ebb and flow of national politics.” But this president is ripping apart the carefully woven fabric of U.S. foreign policy that bound administrations together from Franklin D. Roosevelt to Ronald Reagan to Barack Obama, and across the American century.

“The Gathering Storm” is on my holiday reading list because of Republican strategist Steve Schmidt’s insistence to me that Churchill’s ominous warnings to future generations will be more relevant to 2018 than at any time since it was written in the years after World War II. While Trump’s eroding of U.S. prestige across the globe is disturbing, it is his administration’s undermining of democratic values that poses an even greater threat to our Constitution and country. Borrowing again from Churchill, America’s constitutional norms tremble in the balance as Trump unleashes furious attacks on First Amendment protections, independent counsels and law enforcement officers who refuse to be bullied. While the framers of the Constitution foresaw the possibility of a tyrannical president, they never let their imaginations be darkened by the possibility of a compliant Congress.

Again, Churchill: “The malice of the wicked was reinforced by the weakness of the virtuous . . . They lived from hand to mouth and from day to day, and from one election to another . . . The cheers of weak, well-meaning assemblies soon cease to echo, and their votes soon cease to count. Doom marches on.”

Schmidt is right. The storm is gathering. And how we respond in the months ahead may determine our fate for years to come.