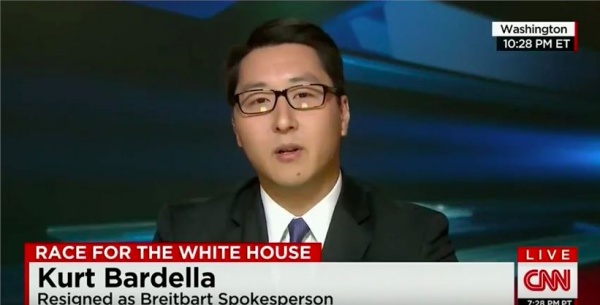 Date Posted: Monday, December 11th, 2017
The GOP would rather elect a sexual predator who preys on teenagers than a prosecutor who happens to be a Democrat. That's it, I'm switching parties.
My first exposure to politics was at the local level.
I was a 16-year-old junior at Escondido High School who was selected to be a part of a new Youth Commission that was created in the aftermath of the mass shooting at Columbine High School.
I’ll never forget the very first City Council meeting I attended in Escondido, near San Diego. While I was expecting an elevated exchange of ideas, what I witnessed was a political fight that culminated with the mayor banging her gavel more than 50 times to silence a fellow council member.
At the end of the meeting, during the public comment section, I went up to the podium and tore into the council for their “unconscionable” demonstration of pettiness and immaturity. The following day, my local newspaper ran a story that featured a picture of me with my comments quoted in the story.
That’s the day I learned about the power of the press and what can happen when you speak out.
My political identity was forged at a time when the Republican Party, led by President George W. Bush, was embracing the notion of “compassionate conservatism.”
I believed then, as I do now, that government can be an instrument of good that raises the welfare of the citizens it serves. At the same time, I acknowledge that government is in need of checks and balances; that left to its own devices, it resists change, transparency and accountability.
During my years working at the House Committee on Oversight and Government Reform, I saw firsthand how the federal government is overrun by waste, fraud, abuse, mismanagement and bureaucracy that oftentimes prefers the path of least resistance.
I have spent the better part of my adult life working with and for Republicans at every level of government. I’ve worked at City Hall, for members of the California Legislature, members of the House and Senate, a congressional committee, moderates and conservatives. From Olympia Snowe to Breitbart News, I’ve traveled throughout the entire spectrum of the Republican Party.
On the evening of March 8, 2016, then-Trump campaign manager Corey Lewandowski got into a physical altercation with then-Breitbart reporter Michelle Fields.
On Friday, March 11 at 2:00 p.m., after Breitbart refused to stand by Fields, I informed the organization that I would no longer be representing it as a spokesman. And so began a long period of self-reflection about my own political compass.

For the first time since I was in high school, I was free from any professional loyalties. It was liberating at first, then very sobering and ultimately just disappointing. I couldn’t understand how so many in the GOP could stand by, silently, as Donald Trump and Steve Bannon remade and redefined the Republican Party. An unrelenting assault on the Constitution, the free press and freedom of expression while Republican “leaders” do nothing. Ignoring legitimate issues about race relations in America, environmental policy, gun reform and equality to instead pander to a lunatic fringe that subscribes to an ideology of hate and fear.
Which brings us to Roy Moore and the Senate race in Alabama.
President Trump and the Republican National Committee are endorsing, supporting and funding Moore because they would rather elect a sexual predator who preys on teenagers at the local mall than a crime-fighting prosecutor who happens to be a Democrat.
President Donald Trump tweeted an endorsement of Roy Moore, who has several sexual misconduct allegations against him.
This is not a party I want to be associated with any longer.
This is not a party that is trustworthy enough to protect innocent children from sexual predators.
The more time I spent on my own, with no clients to defend, the more I came to realize that Republican positions on the most pressing challenges facing our society were out of alignment with what I believed. This is a party that constantly buries its head in the sand on climate change, racial profiling, guns, LGBTQ equality, income inequality, food insecurity, paid family leave and the treatment of women.
The embrace of Moore by the Republican Party’s top “leadership” is all the proof you need to know that this is a party that no longer stands for anything.
I believe that the Democratic Party will do more to create equality in America than the Republican Party ever will.
I believe that the Democratic Party will do more to protect the freedoms guaranteed to us in the First Amendment than the Republican Party ever could.
I believe that the Democratic Party will do more to ensure the survival of our planet and its natural resources than the Republican Party ever would.
I am throwing in with the Democratic Party because at the end of the day, I believe its portrait of America is better than the one being painted by today’s Republican Party. And I want to be a part of it.