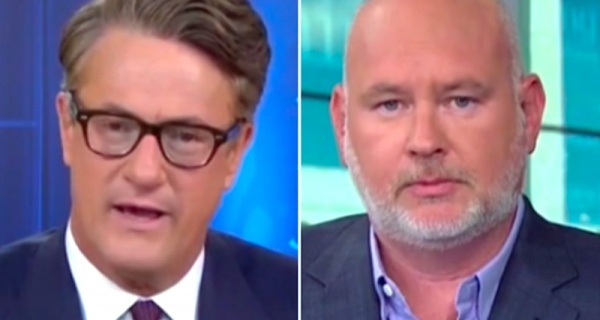 Date Posted: Thursday, December 7th, 2017
The president slurred his words during the announcement Wednesday that the United States would recognize Jerusalem as the capital of Israel, and Schmidt said Trump’s apparent impairment was even noticeable on the radio, without the visuals of television.
“It’s not the first instance, he’s clearly slurring his words,” Schmidt told MSNBC’s “Morning Joe.” “I don’t know what the cause of it is, but when you combine it with (Sen.) Bob Corker’s critique that the president of the United States is unstable, that he’s dangerous, when you look at the private comments that are made by members of Congress around his stability, you look at his actions in recent weeks.”
“We look at the reality that on this day we talk about the Churchill-Roosevelt relationship where the president of the United States is not welcome in the United Kingdom, where there is a consensus among both parties in Great Britain that his presence next to the queen is an assault on her dignity by him standing next to her,” Schmidt continued. “When you look at all of this, this is worthy of discussion. The question of his fitness, of his stability, is in the air, and it doesn’t get better when you see clear impairments. I don’t know, is that a tooth problem? Is that something else?”
Trump’s personal physician, who Schmidt compared to a character in the slapstick “Cannonball Run” movies, claimed Trump was the “healthiest individual ever elected” — but otherwise no details are publicly available about his fitness.
“Presidents every year typically to Bethesda Naval Hospital for a checkup,” Schmidt said. “This president, to my knowledge, is departing that. We don’t know what’s going on, but this is a legitimate issue worthy of consideration. This is the man who commands America’s nuclear arsenal. That video, that speech, that impairment is chilling.”
Host Joe Scarborough said numerous Republicans had told him and co-host Mika Brzezinski that Trump was not fit, just as senior Democratic lawmakers had questioned Barack Obama’s experience.
“We’re hearing it time and time again, (but) at some point somebody has to go in front of a camera and say that,” Scarborough said. “If we’re in the middle of a nuclear standoff, there are so many Republicans that have said that behind the scenes. I think for the good of this country, we need to have a public discussion, and Republicans other than Bob Corker need to start talking about it.”