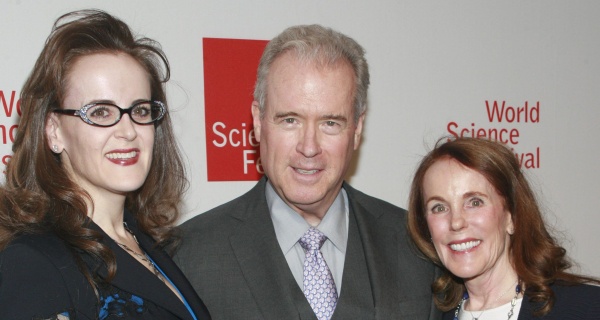 Date Posted: Thursday, December 7th, 2017
This week, the House and Senate will work to reconcile their different versions of the tax bill into something that president Donald Trump can sign into law. As they do, dozens of protests and rallies against the bill are being planned from California to Chicago to Staten Island, New York. Citizens are frantically organizing to try to shut down the only major legislative success of a president who ran on a platform of populism, and Democrats are growing optimistic about flipping one or both houses of Congress. How did the country get here just a year after Donald Trump’s historic win?
To understand that, you need to look back to the “Citizens United” Supreme Court decision in 2010, which opened the floodgates for wealthy donors in political races. Since then, corporations and the rich have plowed money into both parties. Three extremely wealthy families, the Mercers, the Kochs, and the Adelsons, all prominent donors to the Republican party, now seem locked in a struggle over the future of the GOP.
As campaigning for the midterm elections in November 2018 gets under way, the three families are facing off against each other in battleground states. They’re lighting a fire under Republican politicians who are now determined to get something, anything, passed in Washington—even if it’s a last-minute tax bill that most voters don’t agree with and legislators barely had time to read.
But Republicans who fail to pass tax reform risk losing donor support, and getting wiped out by a rival Republican candidate. As Lindsay Graham, the veteran Republican senator from South Carolina, told an NBC news reporter early last month, a failed tax reform will look a lot like a failed party.

The donors’ battle inside the GOP
Early in 2014, over a dozen big-name Republican donors attended a meeting in New York City organized by a wealthy hedge fund executive. They had one goal—come up with a strategy to win back the US senate from the Democrats in November.
A veteran Republican strategist laid out an optimistic battle plan capped with the GOP taking the House and Kentucky’s Mitch McConnell, then minority leader, leading the Senate. At the mention of McConnell’s name, an audible groan came from one corner of the room—Rebekah Mercer, the daughter of hedge fund tycoon Robert Mercer, was making her displeasure known. “I can’t think of anything worse,” Mercer said, according to one attendee.
She would rather Democrats controlled the Senate “than have McConnell as the majority leader,” the attendee said, still sounding mystified years later. The Mercer’s “mindset is totally different from a traditional Republican donor mindset,” he said.
In recent decades, the US’s two-party system had been pretty tribal. Whether a Democrat or Republican, you mostly counted yourself a winner when you got more of your team into power than the other guys. That tribal glue started to give way when the insurgent Tea Party movement appeared in 2009, fielding ultra-conservative candidates against establishment Republicans in many congressional districts and splitting the party into two camps. It nonetheless remained largely united against the common enemy of president Barack Obama.
But since Trump, with no ties to either camp or its ideology, defeated a raft of other candidates for the presidential nomination last year, the Republicans have been cast into a growing civil war between mainstream conservatives, Tea Party-inspired libertarians, and the xenophobic and misogynistic groundswell that Trump has proven expert at tapping into. These schisms reflect genuine divisions in the Republicans’ voter base—and the Mercers, the Kochs, and the Adelsons are adept at exploiting them.
Shaking up the GOP after Obama
“If money could buy elections, Mitt Romney would have won,” was a familiar refrain among campaign finance experts and political strategists alike, after the wealthy former Massachusetts governor failed to unseat Barack Obama in the 2012 presidential race, despite outspending him by $110 million.
The Mercers, for years content to quietly donate to the Kochs’ political network, started to act alone after the Republicans’ failure to unseat president Barack Obama reportedly led Rebekah to decide (paywall) the Koch network was full of “fools.” The Koch brothers, stung by the 2012 election loss, doubled down on state races, while the Adelsons poured their money into a political action committee run by former George W. Bush chief of staff Karl Rove.
Romney’s loss had shaken the Republican party so deeply that then-party chief Reince Priebus spent months putting together a soul-searching policy paper (pdf) about the direction it should go, based on thousands of interviews. Most people think Republicans don’t care about Americans, it found, and the party needs to reach out to women, and minorities. It included advice that now seems unfathomably quaint, like (pg. 6):
The Republican Party must be the champion of those who seek to climb the economic ladder of life. Low-income Americans are hardworking people who want to become hard-working middle-income Americans. Middle-income Americans want to become upper-middle-income, and so on. We need to help everyone make it in America.
We have to blow the whistle at corporate malfeasance and attack corporate welfare. We should speak out when a company liquidates itself and its executives receive bonuses but rank-and-file workers are left unemployed. We should speak out when CEOs receive tens of millions of dollars in retirement packages but middle-class workers have not had a meaningful raise in years.
But America’s GOP oligarchs did not appear to have read the report. The congressional candidates that the three families have backed (sometimes together) bore little resemblance to that GOP prescriptive.
Instead, they helped launch a new era of even less compassionate Republicans that included a woman who thinks the UN is a conspiracy and wants to eliminate the minimum wage, and a former doctor who crafted a health-care bill that allow insurance companies to charge people with pre-existing conditions more.

Unlike Romney, these radical new candidates won. But Republican experts warn that the families’ picks may eventually hollow out the Republican party by pushing policies that American voters reject, or set the stage for a full-fledged revolt.
The latest example is the openly racist Roy Moore, the candidate in Alabama’s December 2017 special election for the Senate, who has been accused of sexually assaulting several teens when he was in his 30s. Moore, who is championed by former (paywall) White House advisor and Mercer family affiliate Stephen Bannon, secured the backing of Trump, and the Republican National Committee this week.
“The RNC is the president’s political arm, and we support him and his agenda,” a RNC official told Quartz today (Dec. 5). But Republican strategists say it’s a huge gamble.
“If the party nominates the slate of candidates that the Mercers are backing, [Democratic Senator Chuck] Schumer will be the Senate majority leader, and [Democratic representative] Nancy Pelosi will be the speaker of the House” in 2018, said one long-time Republican strategist and donor who is aligned with the Adelsons, before the Republican Party threw its support behind Moore on Dec. 4.
“If people question why Trump is unable to get anything accomplished, it will be the fault of the Mercers and Steve Bannon.”
Three Republican families, three visions
The influence of these three families offers a stark illustration of how extreme wealth can distort a democracy.
Each family is closely tied to the Republican leader of one branch of government: Robert, Diana, and Rebekah Mercer helped propel Trump’s bombastic rise to the White House. Industrialist brothers Charles and David Koch funded the Tea Party and its protege, House speaker Paul Ryan. And while casino magnate Sheldon Adelson and his wife Miriam Ochsorn are on the party’s more moderate wing, they have long stood behind the calculating, conservative Senate leader, McConnell, who even before the Tea Party’s rise was known as an extreme obstructionist (paywall), dedicated to stomping out the bipartisan compromises that historically made the US government work.

The Adelsons favor pro-Israel policies. Despite their anti-regulation stance, they are keen to squelch the growth of online gambling, and want to support moderate Republicans with a chance of picking up swing voters.
The Koch brothers have funded and organized a vast network of libertarian think tanks and grassroots movements aimed at sowing distrust of “big government” and climate science, the better to benefit their massive fossil fuel-heavy Koch Industries. There are other Republican donors who have spent more money, but the Koch’s network gives them great influence.
The Mercers seem to hold the most extreme social views: Robert Mercer complained that the US started going in the wrong direction “after the passage of the Civil Rights Act in the 1960s,” according to a lawsuit filed by a former employee. He reportedly invested $10 million in 2011 into Breitbart, the news site run by one-time Trump adviser Steve Bannon, which regularly airs white-supremacist views. Early last month, Robert Mercer quit the hedge fund he worked at for years, and said he’d sold his stake in Breitbart News to his daughter, but he’s reportedly getting even deeper into politics.
Emboldened by Trump’s presidential victory, the Mercer family has been siding with extremist candidates for 2018 congressional races, hoping to wipe out incumbent Republicans and yank Senate leader McConnell from his seat.
In Nevada, another Mercer-backed Republican, Danny Tarkanian, is challenging incumbent Dean Heller for the 2018 midterms, on a platform of destroying McConnell.