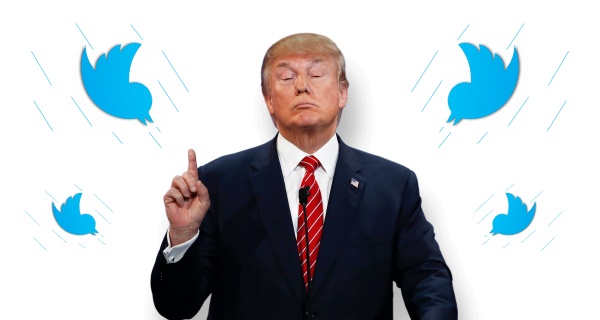 Date Posted: Thursday, November 30th, 2017
In the first 10 months of his administration, #Donald Trump has made it a point to roll-back as much legislation as possible that was passed during the Obama years. While this has been the case, Trump doesn't mind taking the credit for the improved economy.
Trump on economy
When Barack Obama was sworn into office back in January 2009, the country was just months removed from the start of the financial crisis that rocked the entire economy. The stock market dropped to record lows, unemployment and gas prices increased as panic occurred on Wall Street and Main Street. Taking on the responsibilities of the economic meltdown was Barack Obama, the young senator from Chicago who pushed a message of "Hope and Change" during his presidential campaign.
Over the course of the next eight years, Obama put various polices in place, doing what he could to maneuver around Republicans in Congress who did their best to block as much as legislation as possible. While not all of Obama's plans worked out as planned, he left office in January of this year with an employment rate that was more than cut in half, a stock-market that had doubled, and renewed confidence among many in the workforce. Fast forward to present day and Republicans and the right-wing media have attributed recent economic success to the presidency of Donald Trump, despite no legislation actually being passed in order for the president to be properly credited. As seen on his #Twitter account on November 27, Trump decided to brag [VIDEO] about recent economic news.
Taking to his Twitter feed on Monday night, Donald Trump cited some recent economic news to help promote his controversial tax plan.
"New home sales reach a 10 year high. Stock Market has more record gains," Trump tweeted out.
Not stopping there, Donald Trump decided to throw some shade [VIDEO] at Democrats in Congress. "Hopefully Republican Senators will give us the much needed Tax Cuts to keep it all going!" he tweeted, before adding, "Democrats want big Tax Increases." Trump's tweet comes hours after posting another message on social media where he continued to push for his tax bill.
Twitter reacts
After sending out his latest tweet, Donald Trump was hit with backlash from his critics. "You can thank Obama for this economy!" one tweet read.
"1.This is Obama's economy.
2. Your tax cut gives 80% of its benefits to the wealthiest 1% and RAISES taxes on the middle class.
3. This will HURT the economy.
4. You are LYING," Mikel Jollett tweeted back.
"This makes no fuc*ing sense. If things are great NOW, how will throwing our taxation system into compete chaos continue the success?" another tweet wondered.
"Any alleged tax cuts will be spent by taxpayers to fund upcoming ISP ripoffs thanks to death of net neutrality," one Twitter user started. "Amazing what 8 years of realistic financial regulation and a competent administration can do. Try not to fu*k it up," an additional tweet noted. As the negative reaction continued, those who oppose Donald Trump didn't show any signs of taking their foot off the gas. #Tax Reform