Watch: Here's What Repeal Of Net Neutrality Could Mean To You 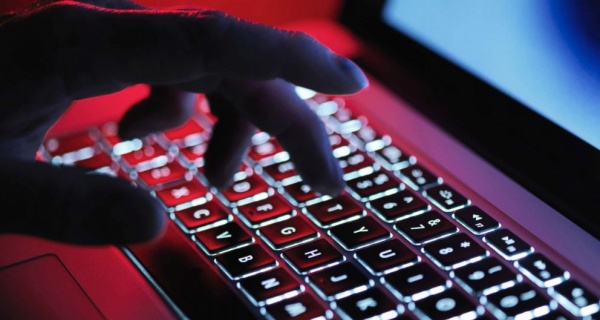 Date Posted: Tuesday, November 28th, 2017
The new FCC chairman, Ajit Pai, formerly worked as a lawyer for Verizon. His plan to eliminate net neutrality is a bigger gift to Verizon than anything he's ever done before.
In just a few weeks, the FCC will vote to eliminate net neutrality. The vote isn't in doubt: with Pai in charge, the anti-neutrality votes have a 3-2 edge. Without net neutrality, Internet service providers will be able to charge web companies for "fast lanes," which they can't do now. Smaller online video or video game providers could be relegated to the slow lane. The biggest service providers (Netflix, Google, Amazon, and others) may have to cough up extra money, but the consumers won't see any of that–all the benefits will go to the ISPs. Consumers could see their rates go up.
Higher fees for lousier service. Does this sound familiar? That's how cable companies have operated for years.
Not surprisingly, virtually everyone hates this idea except the cable companies themselves. The telecommunications industry, though, is very excited about the prospect of all the money they're going to make. When previous FCC commissioner Tom Wheeler proposed to weaken net neutrality just a couple of years ago, the ensuing public outcry convinced him to reverse himself, resulting in a strong ruling in 2015 preserving neutrality. This week, Wheeler blasted Pai's new rules, saying that "this proposal raises hypocrisy to new heights."
But don't take my word for it. Check out this terrific and entertaining explainer from John Oliver, earlier this year:
Here's the nightmare version of what your Internet service could look like in a few years if Ajit Pai and his telecom buddies get their way – I altered the first line, just to convey the idea; the rest is from a list of Comcast's current cable TV services: 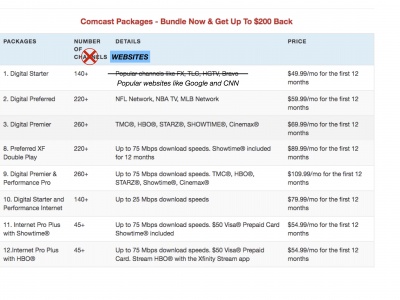 That's right: your Internet service provider (ISP) will be allowed to bundle websites just like they bundle television channels. Of course, ISPs say they will do no such thing, and some experts say it's unlikely that they would do so given the risk of antagonizing consumers. More likely, they say, is a shift toward plans where content providers favored by the ISP are given preferential treatment.
If net neutrality goes away, it could become harder to establish a thriving business online by offering popular content. They'll need to raise money to pay the ISPs, or else face being relegated to the slow lane.
No one wants this change except a few large telecom companies. Interviewed by The Nation, former FCC Commissioner Michael Copps said:
"There can be no truly open internet without net neutrality. To believe otherwise is to be captive to special interest power brokers or to an old and discredited ideology that thinks monopoly and not government oversight best serves the nation."
Ajit Pai, our new FCC chairman, clearly belongs to the former.