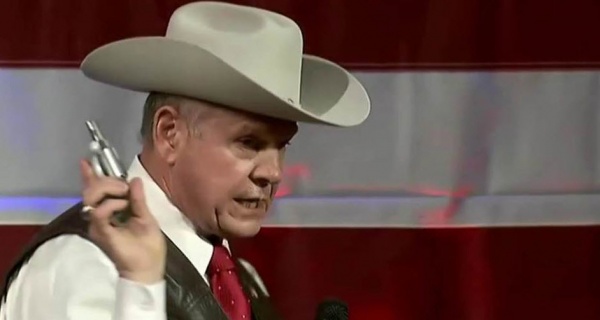 GOP leader Mitch McConnell believes Roy Moore's victims and says the former judge should step down as his party's candidate in this month's Alabama senate race. The AP reports that McConnell "believes the women who were quoted" in a Washington Post story about Moore’s relationships with them as teens.

Moore, a conservative firebrand and longtime foe of LGBT rights, was accused last week of inappropriate contact with girls as young as 14. Republicans generally stuck by their man, however, with many going as far as to say sexual relationships with older children are morally acceptable.

But Moore fell fast in the polls, losing a 10-point advantage over his Democratic rival and, in new numbers reported yesterday, sinking to a 4-point disadvantage.