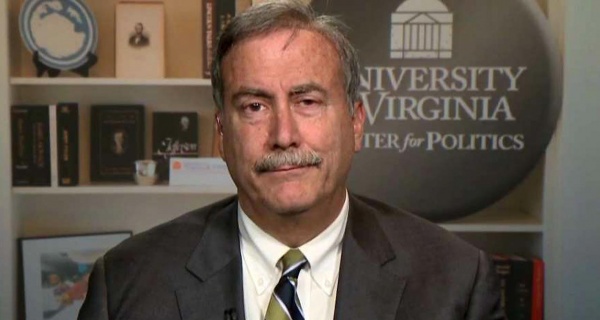 Election Day is coming up fast and polls are showing the governor's race as a dead heat.

A University of Virginia political pundit is weighing in on the close contest.

He currently predicts democrat Ralph Northam will lead by a tight margin.

He says objective evidence suggests Northam should win, but that voter turnout will determine whether republican Ed Gillespie can flip the Virginia governor's mansion from blue to red.

Sabato cites poor millennial and minority turnout at the polls in the 2016 presidential election as a concern for the Northam campaign.

He says Donald Trump's victory in that election could be enough to get millennials and minorities to the polls, but he's not certain.

“You would think that Donald Trump’s victory would have energized democrats, and in some ways it has but sometimes democrats are more energized to turn out for protests than to turn out to the polls,” said Larry Sabato, UVA Center for Politics director.

Sabato cautions viewers of election night coverage that Gillespie will likely take an early lead, but that it does not mean much.

He says this is because smaller rural localities that often lean republican typically report votes first and that it takes more time for the larger democratic leaning localities like northern Virginia to report results.