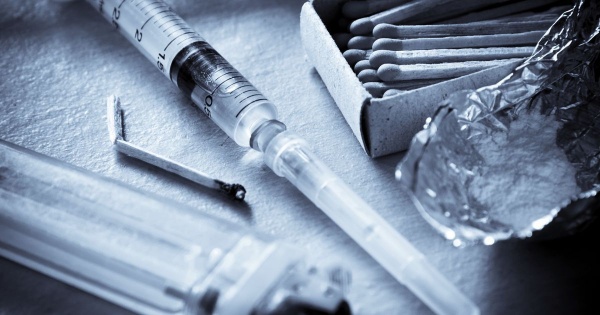 Date Posted: Thursday, November 2nd, 2017
Twenty seconds is all it took for 19-year-old Dustin Manning to die.
Dustin's parents, Greg and Lisa Manning, were left devastated after the toxicology report showed their son had taken a toxic mix of heroin and fentanyl, a synthetic opioid so powerful it often kills.
"The amount of fentanyl in his body was the equivalent to three grains of salt. That's all it took to kill a 180-pound guy," said Greg Manning.
Dustin died on Friday, May 26, in Lawrenceville, an Atlanta suburb, CNN reports.
At 6:09 a.m., paramedics were called to a home with reports of an unresponsive teenager. Dustin was dead.
"I had told him I'd get him up early for work, and I came up around 5:45 to wake him up, and when I opened the door, he looked like he was tying his shoes. Very quickly I realized, grabbed him and he was cold," said Greg Manning.
Lisa Manning was at the gym when she got the call from her husband. "He said, 'Oh my God, oh my God, call 911.' I didn't ask any questions. I knew."
Less than an hour later, at 6:53 a.m., another phone call went out to 911.
Half a mile down the road, 18-year-old Joseph Abraham was found by his parents, Dave and Kathi Abraham, slumped on the floor. He had no pulse.
"I started yelling and yelling and yelling, 'Joe, Joe -- wake up, man!' And then I realized there was something really wrong," said Dave Abraham.
"As soon as I saw him, I knew and I just ran and I just started holding him and I could tell he was cold," said Kathi Abraham.
"Dave was on the phone to 911 and I said, 'It's too late. We can't fix this,'" she added, as tears welled in her eyes.
Dustin Manning and Joseph Abraham were friends since childhood, and for two years, Joseph's dad was their coach on the little league team.
But in middle school, the two started testing out drugs.
The Abrahams said they believe Joseph had his first dose of opioids when he had his wisdom teeth removed. He was prescribed the drugs again when he broke his ankle--and later, his hand, from a sports accident.
"When you're given a prescription from a doctor, we often just trust that," Kathi Abraham said.
She said she believes Joseph turned to drugs after losing two of his friends in eighth grade.
Dustin told his parents that taking drugs gave him an 'out' from suffering from depression, which started at the age of 12.
Both parents sought help from treatment centers time and time again. Lisa Manning even helped at one of the treatment centers to better understand addiction and to keep an eye on her son.
Despite the treatment, Dave Abraham said, "Once they take (opioids), there's a switch in their brain that gets flipped on -- and to get that switched flipped back could take up to five years, and most treatments are 35 days and they're back out."
According to both sets of parents, Dustin and Joseph hadn't been in touch in recent years, but police said the two probably got the drugs form the same dealer, judging by the pill wrappings.
"This happened within 18 houses of each other to two young men on the same morning. The community was in total shock," said Kathi Abraham.
Fentanyl, which is 50 too 100 times more powerful than morphine, was created to treat chronic pain. Just a tiny amount can be fatal.
The number of people killed by fentanyl has risen from 3,000 to more than 20,000 in just three years -- a 540 percent increase.
These parents believe prevention is key and education needs to start as early as fifth grade.
"We wanted to have two children because we wanted them to have each other," said Kathi Abraham as she cried. "Now (our son) Matthew is an only child."