WATCH: Obama Speaks' At The First Ever Obama Foundation Summit 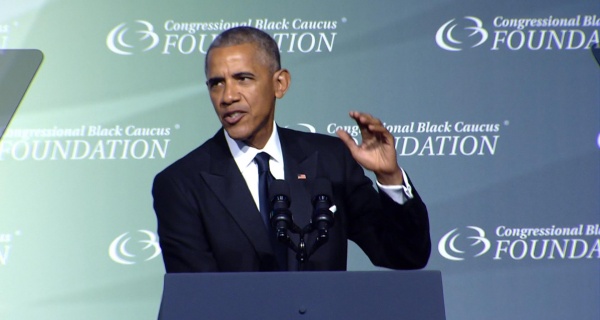 About 500 civic leaders from Chicago and around the world are participating in the summit, which is being held at the Marriott Marquis McCormick Place in Chicago's South Loop neighborhood. Obama said the summit is less about specific issues or causes, and more about sharing ideas to create lasting change.

"Our goal is not to present some fixed theory of how change happens," Obama said during the opening session. "This is a big brainstorming session."

Prince Harry spoke extensively about the importance of giving back.

"You're immediately born with privilege and spend the rest of your life paying back that privilege," he said.

The 33-year-old royal has lived a life of service in the British military and now at the helm of a charitable foundation that aims to help veterans and vulnerable youth.

"We have to listen to the younger generation because they are the cure of some of the world's biggest problems," Prince Harry said.

Young leaders are at the heart of the Obama Foundation Global Summit.

"Ordinary people in local communities can do extraordinary things when they're given the chance when their voices are heard when they come together," Obama said during his opening speech.

Click on the video below to watch the President in action: