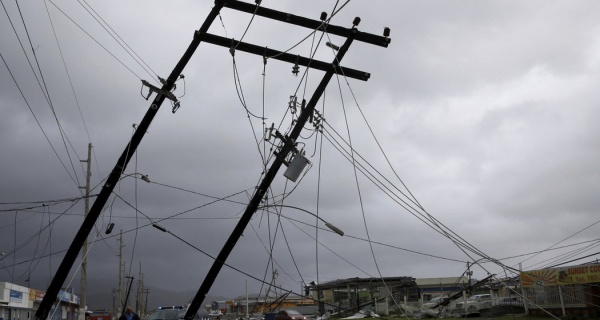 Whitefish Energy Holdings, which had been registered for two years and had two employees when the Category 4 storm hit on Sept. 20, became the surprise choice to get the contract with the Puerto Rico Electric Power Authority (PREPA) six days later.

The company has since come under scrutiny as it struggled to get power crews to Puerto Rico to repair the ravaged electrical grid. As of Sunday, 70% of the island remained without power.

Democrats and Republicans in Congress have called for investigations, and last week, Puerto Rico Gov. Ricardo Rosselló requested that the inspector general of the Department of Homeland Security look into the contract.

On Sunday, Rosselló went a step further during a news conference, asking PREPA to cancel its contract with Whitefish and immediately begin coordinating with utility companies in Florida and New York.

"There can be no distraction that alters the commitment to lift the electrical system as quickly as possible," Rosselló said in a tweet.

Whitefish is backed by a private equity, HBC Investments, which is headed by Joe Colonnetta, a major donor to the President Trump's election campaign, the Trump Victory PAC and other GOP candidates.

The small company with a short track record is based in the hometown of Interior Secretary Ryan Zinke — Whitefish, Mont. — fueling questions about how the lucrative deal was clinched.

On Friday, the Federal Emergency Management Agency (FEMA) questioned Whitefish's contract with PREPA. FEMA issued a statement that it was not involved in awarding the contract and said it had not yet approved any reimbursement money for Whitefish.

"Based on initial review and information from PREPA, FEMA has significant concerns with how PREPA procured this contract and has not confirmed whether the contract prices are reasonable," FEMA said.