WATCH: Mother Of Kenneka Jenkins' Gives Details On How The Police Handled The Crime Scene Where Her Daughter Was Found 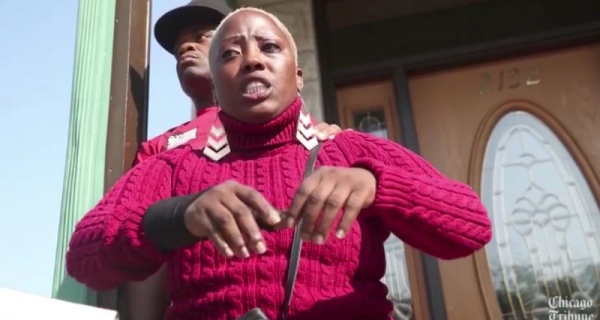 On Friday, Teresa Martin, Kenneka Jenkins‘ mother, spoke with Chicago radio station 107.5 WGCI about her ongoing battle to seek justice for her daughter’s death. The 47-minute interview spans everything from when Martin was first notified that Jenkins was missing to hoping to get the FBI involved with the mysterious death of her daughter.

During the conversation, Martin also claimed that there was a camera directly above the hotel freezer where Jenkins ultimately died of hypothermia.

“There was a camera directly over this freezer,” Martin said. “…At the closing of the meeting I asked the detective, as well as the sergeant and the sergeant, said aggressively ‘There wasn’t no camera’ so I guess the camera disappeared too.”

“So you’re saying there was definitely a camera there,” one of the radio hosts asks Martin.

“It was definitely a camera there,” she responds.

Earlier this week police from Rosemont, Illinois released new photographs showing how Jenkins was found dead in the Crowne Plaza O’Hare Hotel freezer last month. The photographs show the Chicago teenager wearing the same jeans and jean jacket she had on in surveillance videos of her walking through the hotel before her death. However, the shirt beneath her jacket “was pulled up exposing her breasts,” according to a police report.

Still, Rosemont police have decided to close the case, saying that they found no evidence that Jenkins was the victim of foul play.

“Our detective reported no signs of foul play throughout the whole investigation,” Police Chief Donald Stephens III said in a statement. “There is no evidence that Ms. Jenkins was forced to drink alcohol or consume any narcotics while at the hotel.