Did Support For Trump Force Singer To Cancel Show? 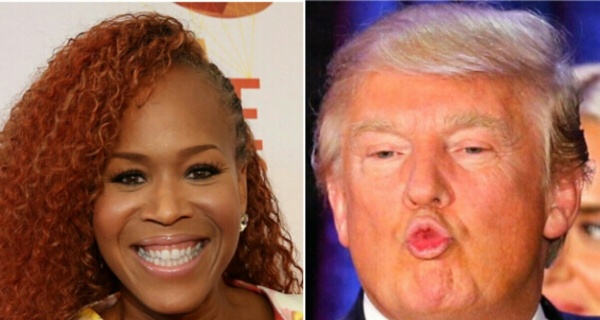 Date Posted: Wednesday, October 25th, 2017
Gospel artist Tina Campbell has had to postpone her It’s Still Personal Tour due to poor ticket sales. She made the announcement yesterday via a post on her Instagram page.

While there are many potential reasons why ticket sales aren’t where they need to be, many people are attributing it to her admission that she voted for Donald Trump.
Tina Campbell’s expressed support for Donald Trump, shortly after he was inaugurated, was not well-received.
Still, at the time we thought she was just making the best of a bad situation and had decided to pray for the best outcome from the man sitting in the highest office in the land.
But earlier this month, we would learn that Tina actually voted for Donald Trump. In an interview with The Root, she explained: “…some of Donald Trump’s views on Christianity, honestly, is what caused me to vote for him.”
When she was asked about her decision to vote for Trump on “The Real,” Campbell appeared to be a little defensive.
It rubbed people the wrong way.
After all, her vote is not something that can be swept under the rug. The people who put Trump in office, people like Tina Campbell, have made life increasingly difficult for everyone who’s not a rich, White man. God only knows what other type of destruction is on the horizon. As a public figure who made her private decision public, people have a right to question it.
In the meantime, social media has plenty to say about the decision to postpone. This one sums it up best:
"Ain't noby trying to go see Tina Campbell's Make America Great gospel tour."
There’s no doubt in my mind on what this is about. Do you think there are any other possible explanations?