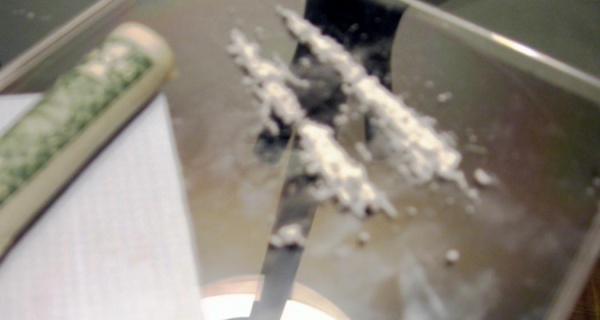 Date Posted: Tuesday, October 24th, 2017
For the first time, Tennessee Bureau of Investigation scientists have detected fentanyl, a potentially deadly narcotic, mixed in with samples of cocaine.
Scientists in Nashville and Knoxville recently found fentanyl in three cocaine samples, according to T.J. Jordan, assistant director at the TBI. The discovery points to the continuation of a disturbing trend.
For years, drug dealers have used small amounts of fentanyl to "cut" heroin and other opioids, a process to add filler to a drug. Finding fentanyl in cocaine, largely considered a party drug, "changes the game,” Jordan said.
Fentanyl is a synthetic opioid that is used clinically as a powerful pain reliever. In certain doses, the drug can be 50 to 100 times as potent as morphine.
Even trace amounts of fentanyl — the equivalent of a grain of salt — could be enough to trigger an overdose. Although cocaine laced with fentanyl has led to overdoses in other parts of the country, Jordan said Friday none had been reported in Tennessee.
“To be blunt what you might buy and use, thinking it’s a good time, could cost you your life.”
But, he said, the potential for danger is incredibly high. It can absorb through the skin, so even touching the substance can cause an overdose.
“To be blunt, what you might buy and use, thinking it’s a good time, could cost you your life,” Jordan said.
Metro police spokesman Don Aaron said the department's crime lab has not come across any cocaine laced with fentanyl. But TBI officials said the handful of those cases documented so far could point to the impending expansion of a deadly trend.
In cases where a mixture of fentanyl and cocaine isn’t fatal, one expert said, it could increase the likelihood that the user develops an addiction.
Patrick O’Shea, a former recreational drug user who is now call center manager at Addiction Campuses, a treatment hub for drug and alcohol abuse, said the trend threatened to change the landscape for many of the people who reach out to him for help.
“Those that are using cocaine recreationally, their usage is going to increase because of the physical addictive aspects of opiates are being injected into the cocaine,” O’Shea said. “It’s shaping up to be a disaster.”
Experts say drug dealers use it as a cheap way to amp up the power of other drugs.
Synthetic opioids are “extraordinarily profitable for these illicit drugmakers,” said Tom Doub, chief clinical and compliance officer at American Addiction Centers, a national addiction treatment company based in Brentwood.
They are cheap to make, which means they are cheaper to buy on the street or through the dark web, an untraceable part of the internet. Illicit drugs could be attractive for someone who cannot get the usual supply of pills or is looking for a cheaper alternative.
Heroin and fentanyl are a fraction of the cost of prescription painkillers sold on the street.
The Tennessee results are worrying to the treatment industry, although it’s not a surprise. The fentanyl and carfentanil epicenter has been the Northeast, said Doub, but the drugs are beginning to show up in other parts of the country.
“What worries me in hearing this it’s sort of working its way across the country, and again the problem seems to be getting worse not better,” Doub said.
In fact, Doub thinks drug mixing has been a pivotal part of the opioid crisis for some time, although the debate over policy centers on controlling prescriptions.
AAC began seeing changes in what people were abusing about a year ago, Doub said. And law enforcement has seen a dramatic uptick of fentanyl laced with other drugs in recent years.
In 2013, fentanyl was detected in only 12 samples of illicit drugs analyzed by TBI labs, according to the agency. So far this year, the drug and its variations have been found in 320 samples, officials said.
“You can deal with prescription opiate use but that’s not really where most of these deaths are coming from," Doub said. “I think some of the conversation is a little bit late. The usage habits are already shifting away from prescriptions for the people we see.”