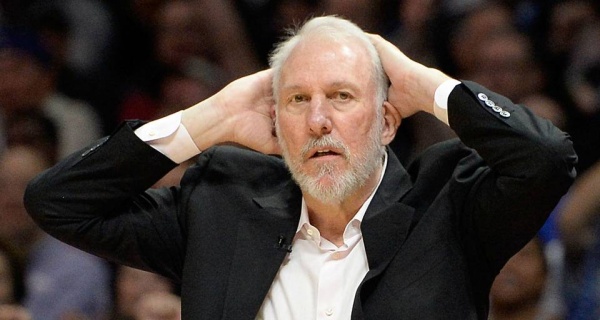 "None of us operates in a vacuum. Critical issues that affect our society also impact you directly"
Popovich, an Air Force veteran, contacted The Nation soon after Trump's remarks. "I’ve been amazed and disappointed by so much of what this President had said, and his approach to running this country, which seems to be one of just a never ending divisiveness," Popovich said.

"But his comments today about those who have lost loved ones in times of war and his lies that previous presidents Obama and Bush never contacted their families, is so beyond the pale, I almost don’t have the words."

Popovich, a frequent critic of Trump, continued, "This man in the Oval Office is a soulless coward who thinks that he can only become large by belittling others. This has of course been a common practice of his, but to do it in this manner – and to lie about how previous Presidents responded to the deaths of soldiers – is as low as it gets. We have a pathological liar in the White House: unfit intellectually, emotionally, and psychologically to hold this office and the whole world knows it, especially those around him every day. The people who work with this President should be ashamed because they know it better than anyone just how unfit he is, and yet they choose to do nothing about it. This is their shame most of all."

Following Election Day 2016, Popovich admitted he was "sick to my stomach" over Trump's election. In September, Popovich joined LeBron James, Stephen Curry and a chorus of athletes in condemning Trump's stance on anthem protests and the Golden State Warriors' rescinded invitation to the White House.

Popovich also slammed Trump's "childishness and the gratuitous fear-mongering and race-baiting [that] has been so consistent that it's almost expected."