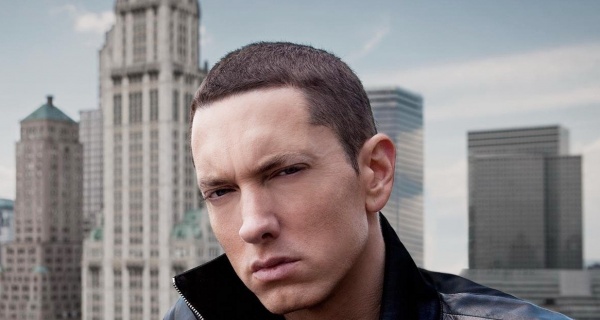 In the taped segment, apparently filmed Friday in a downtown Detroit parking garage, the rapper described the president as "a kamikaze that'll probably cause a nuclear holocaust" — complete with a handful of references bleeped for the television audience.

Eminem warned off "any fan of mine who's a supporter of (Trump)."

Flanked by a crew that included fellow Detroiters Royce da 5'9" and Kid Vishis, Eminem also declared himself a supporter of football's Colin Kaepernick, whose national-anthem protests have spread across the NFL and drawn criticism from Trump on Twitter — which the rapper called a distraction from hurricane-battered Puerto Rico and other issues.

At one point, he took on Trump's vow to "lower our taxes," rhyming:

"Then who's gonna pay for his extravagant trips back and forth with his family / His golf resorts and mansions / Same s--- that he tormented Hillary for and he slandered / Then does it more from his endorsement of Bannon / Support for the Klansmen / Tiki torches in hand / For the soldier that's black and comes home from Iraq and is still told to go back to Africa."