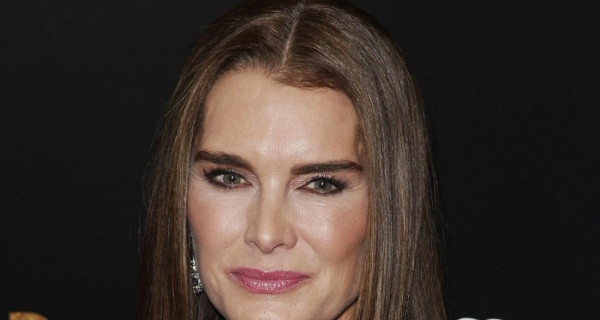 Earlier this year, Emma Thompson revealed in an interview that Donald Trump once asked her out on a date via phone call to her movie-set trailer. The Oscar winner politely declined his offer, but last month, she told Vanity Fair’s Krista Smith that had she accepted she could have changed the current course of history. On Tuesday night, Brooke Shields told Andy Cohen that she received a very similar phone call from Trump—but she doesn’t seem to have any regrets in turning him down.

When Cohen revealed a photo of Trump talking with Shields at an event in 1992, Shields dropped the news that the president once called her with a pitch to ask her out on a date after he got divorced from his second wife, Marla Maples. She remembered the cringe-worthy interaction well.

“I was on location during a movie, and he called me right after he had gotten a divorce . . . and said, ‘I really think we should date, because you’re America’s sweetheart and I’m America’s richest man, and the people would love it.’”

Her response? “I have a boyfriend; he’s really not gonna be happy about it.”

Shields and Thompson aren’t the only A-listers who have dodged romantic encounters with the tweeter in chief. In an interview with Trevor Noah on The Daily Show over the summer, Salma Hayek said the president asked her out when she was at an event with her boyfriend.

Soon, Hayek got a call from Trump with a proposal to go on a date. “Are you joking? You know I have a boyfriend,” she remembers saying. Trump came back with his usual inflated confidence: “‘He’s not good enough for you. He’s not important, he’s not big enough for you, you have to go out with me.’”

Hayek ended up splitting with her boyfriend, but more importantly, she said no to that date.