A Tragic Love Story That Ended In Las Vegas 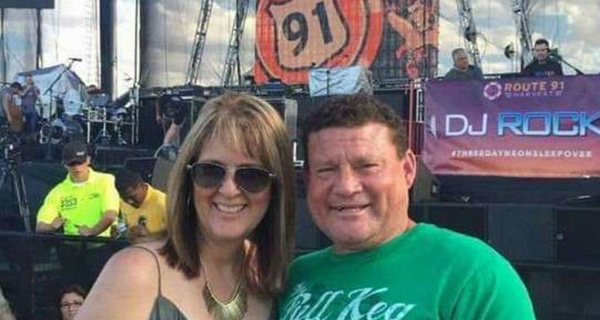 It was very important for Jack Beaton to make his anniversaries with wife Laurie special.

When their children, Delaney and Jake, were young it was a romantic dinner out or a traditional Italian dinner he cooked for her, complete with red and white checkered table cloth.

Later, when the children were older, they took trips and cruises away from their Bakersfield home.

Sunday, at the Route 91 Harvest Festival, they celebrated year 23.

It was their last.

“He loved me. I knew that every day. Unconditionally. He always put me first,” Laurie Beaton said.

“The festival was great. It was spending time with friends. The music was great. We had fun dinners and lunches,” she said. “Looking back, he and I just had a wonderful, wonderful time with our closest friends.”

They would generally come to the venue later in the evening to catch the headliners.

They did that Sunday night.

There was a spot they liked with a great view of the stage but not too far into the crush of people when the venue filled up later in the evening.

On Sunday they claimed a place and settled in to enjoy the evening.

Country music star Jason Aldean was into his fourth or fifth song, Laurie Beaton said, when they heard what they thought was fireworks.

“The second round started and people got more intense,” Beaton said. “Jack was standing behind me and he had his hands on my shoulders.”

She felt a bullet go by her left arm. She told her husband these weren’t fireworks.

He said something — she can’t remember the words — but they let her know he knew as well.

She slid her husband off her back and to the ground.

“I remember seeing a bullet hole in his left chest, high up, near the collarbone. There was a lot of blood coming out,” she said. “There was blood on his face. He was choking.”

Some Good Samaritan who said he had medical training, and a woman who said she was a nurse, rushed to them.

The Good Samaritan told them to lay Jack on his side.

The next round of gunfire started. People fled.

“There’s a pile of us trying to tend to him,” Beaton said.

As people streamed away the stadium lights exposed them, a small knot of people sitting still in the line of fire.

She can’t remember what she said to her husband.

They ran between bursts of gunfire, going down when the bullets flew.

People shouted – even as they ran – that the bullets weren’t real.

Beaton screamed back at them that they were, she said.

Just outside the entrance to the venue she huddled between a police car and a fence.

That’s where her friends found her.

They’d run back to the main stage looking for Jack.

They said he wasn’t there.

Other dead bodies were there.

They headed for the Luxor Hotel where they had rooms and started making call after call to hospitals, law enforcement offices, anywhere someone might know something about Jack Beaton.

They couldn’t find him.

Monday dragged on, hour after hour.

Then Scot Watkins got a call and handed Laurie the phone.

It was an official with the coroner’s office. They had Jack. His identification was with him and he matched information she had given law enforcement.

Beaton’s friends took her luggage and drove home to Bakersfield.

She climbed onto a plane and flew to Phoenix to pick up daughter Delaney at Arizona State.

Over the past few days she has learned just how big her husband's impact on the world was.

His body is still in Las Vegas, waiting to be released to the family.

But they will celebrate him this Saturday.

Her children’s friends, who would join the family for Spring Break jaunts to Pismo Beach, are flying back in from far-flung schools to attend.

“My husband was a kid at heart,” she said.

But her children’s friends have told her that her husband was also a role model to them, a father figure and a best friend.

That grew out of his nature, she said.

“Jack had a kind heart and soul for anyone who came in contact with him. He would give someone the shirt off his back – literally. I have stories,” Beaton said.

He was a simple man, a construction worker who worked very hard.

“He didn’t get paid by the hour. He got paid by the work he did. But he didn’t rush through things for money. He was a perfectionist,” she said.

Beaton said she didn’t understand what that meant to people outside her family.

She knows now. The stories have come flooding in.

“When someone passes, (that) is when loved ones realize the impact people have on others,” Beaton said. “I knew he was special. But I didn’t realize the love people had for him. I don’t think he knew.”

Wherever he is now, he knows, she said.

Beaton’s message now: Make sure people know what they mean to you when they’re alive.

“Tell people in the moment,” she said. “Don’t wait to share things.”