In Alabama, A 'New Poll Tax' Will Bar Thousands Of People From Voting 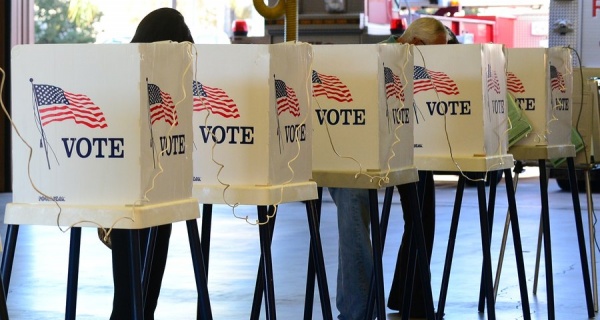 Randi Lynn Williams assumes she will never be able to afford to vote again.

The 38-year-old Dothan resident lost her right to vote in 2008, when she was convicted of fraudulent use of a credit card.

She was on probation for over two years, then served a few months behind bars ending in early 2011, at which point she would have been eligible to vote in most states. In Maine and Vermont, she would have never lost that right in the first place.

But in Alabama and eight other states from Nevada to Tennessee, anyone who has lost the franchise cannot regain it until they pay off any outstanding court fines, legal fees and victim restitution.

In Alabama, that requirement has fostered an underclass of thousands of people who are unable to vote because they do not have enough money.

For folks like Williams, who said she regularly voted prior to her conviction in 2008, poverty is the only remaining obstacle to participation in the electoral process.

"When all this started, the county told me I lost my right to vote and I don't get my vote back until I pay all my fines and costs and get off probation and all that," she said.

Alabama's felon disenfranchisement policies are likely unconstitutional, and they have disparate impacts on felons who are poor, black, or both, according to experts.

In 1964, the 24th Amendment abolished the poll tax, but to this day in Alabama, money keeps thousands of people away from the ballot box.

According to The Sentencing Project, a Washington, D.C.-based criminal justice reform non-profit, there are 286,266 disenfranchised felons in Alabama, or 7.62 percent of the state's voting-age population.

More than half of those disenfranchised felons are black, despite the fact that African-Americans made up only 26.8 percent of the state's population as of July 2016, according to a U.S. Census estimate.

A new state law has cleared the way for people convicted of certain felonies to eventually regain the right to vote. But before that can happen, anyone who has lost the franchise in Alabama for any reason must first fulfill any financial obligations to the state and to their victims, according to Alabama Secretary of State John Merrill.

"In order for you to have your voting rights restored, you have to make sure all your fines and restitution have been paid," Merrill said in a phone interview last month.

Researchers with the University of Pennsylvania and Harvard and Yale universities crunched reams of Alabama court records and data from the past two decades for a study published in June in the Journal of Legal Studies.

The research paper states that "a majority of all ex-felons in Alabama - white, black, or otherwise - cannot vote because of a debt they owe to the state."

Scott Douglas, executive director of Greater Birmingham Ministries, said such widespread disenfranchisement amounts to "the poll tax in extreme," and that it has a detrimental impact on the democratic process in Alabama.

"I think it's absolutely horrific. It's a financial burden to voting, and once again, against people who are least able to pay it. It's like a poll tax. It's a barrier to voting. It's a voting suppression tactic," he said. "Rich people can buy the right to vote. Poor people can't."

As a disabled recovering drug addict, Williams' only source of income is the $772 she gets each month from Social Security. She has never been charged with a violent crime.

Yet Williams was saddled with fines, fees and restitutions - debts known as legal financial obligations - totaling more than $11,500 as a result of her 2011 credit card fraud conviction. Only about $4,600 of that obligation is restitution to the victim of her crime; the rest is made up of various fines and fees, as well as interest assessed for not paying quickly enough.

Six years later, Williams - a white woman who owes thousands more in connection with multiple other nonviolent felony convictions over the past two decades - still owes more than $9,000 for the 2011 conviction alone.

Such financial barriers amount to "an unconstitutional poll tax that discriminates against individuals on the basis of wealth," according to Randall Marshall, executive director of the American Civil Liberties Union of Alabama.

"Denying returning citizens their fundamental right to vote because they are too poor to afford fines and costs unnecessarily excludes them from the democratic process and impedes their rehabilitation," Marshall said via email.

"The right to go to the polls and vote should never ever be dependent on one's financial status."

Williams said that she struggles to make monthly payments on her legal financial obligations and that she does not believe she will ever be able to pay them off in full.

In May, Gov. Kay Ivey signed a law called the Definition of Moral Turpitude Act that advocates hoped would lead to large numbers of felons across the state becoming eligible to restore their right to vote. The law, which went into effect in August, created a list of "crimes of moral turpitude" - felonies that result in the automatic disenfranchisement of anyone who is convicted of one.

Before the law was passed, determinations of what crimes were considered "of moral turpitude" were made on a case-by-case basis by individual counties' boards of registrars. That approach resulted in wide disparities in who lost the vote between different counties.

The Definition of Moral Turpitude Act eliminated that slapdash system, and consequently, many felons who had previously lost the right to vote were deemed to have committed crimes minor enough that they should not result in that consequence.

But the policy requiring them to first pay off any fees, fines and restitution has resulted in a sizeable population of Alabama felons who have not committed crimes that would have resulted in them losing the franchise under the new law, yet they remain unable to restore their voting rights solely because of their financial situation.

Tari Williams, organizing director at Greater Birmingham Ministries, works with felons from across the state to try to help them restore their voting rights. She said that she has encountered "a number of people" who have only ever been convicted of crimes not considered "of moral turpitude" under the new law, but who are barred from regaining the right to vote because they have outstanding legal financial obligations.

"They are saying your rights shouldn't have been taken in the first place, but now in order to get your right to vote back you first have to pay your fees and fines off," she said.

"That's not fair at all because the person shouldn't have been in that situation in the first place."

In 1970, the U.S. Supreme Court ruled in Williams v. Illinois that courts must take a defendant's ability to pay - whether or not the defendant is "indigent" - into account when imposing punishment for nonpayment of fines.

And the Alabama Rules of Criminal Procedure say that when courts in the state decide whether or not to impose a fine in a criminal case, they should consider "the financial resources and obligations of the defendant and the burden that fine will impose" and "the ability of the defendant to pay a fine."

But attorneys, advocates and academics say judges in Alabama appear to be ignoring or disregarding that guidance.

"Policies like Alabama's, which distinguish among offenders on basis of wealth, may also pay insufficient attention to indigency," the June study in the Journal of Legal Studies states.

Its authors looked at whether or not a felon was represented by a public defender as a proxy for identifying less wealthy clients. They found "a strong, and statistically significant, correlation between the probability of having an outstanding [legal financial obligation] balance and the use of a public defender, suggesting that current policy may be disenfranchising a number of people, who cannot afford, rather than refuse, to buy back their right to vote."

The researchers looked at more than 1,000 Alabama felons who had completed any prison terms and periods of probation or parole to which they had been sentenced. They found that about 75 percent of them still owed legal financial obligations, meaning they could not regain the right to vote even if they would otherwise be able to do so.

Marc Meredith, an associate political science professor at the University of Pennsylvania, was one of the study's co-publishers. He said in a phone interview last month that Alabama's policy requiring the payment of fines, fees and restitution prior to the restoration of voting rights has had a significant impact on the electorate in the state.

"People should be aware of the share of people disenfranchised by policies like this and how much money people have to pay before they can get their voting rights back," he said. "Even with people who are 15 years removed from their conviction, the majority of them can't vote because of their financial obligations."

And black felons are 9.4 percent less likely to be eligible to vote in Alabama because of outstanding fines, fees and restitution, according to the June study in the Journal of Legal Studies.

Alexandria Parrish, an attorney with Evans Law Firm in Homewood, has years of experience representing clients who have been criminally disenfranchised. She sees the practice as a way to keep poor and black people away from the ballot box.

"They've got so many ways of skinning a cat, and I think most of it is to keep people from being able to vote so they can vote their own people in," she said. "This is like Jim Crow 2.0. They can keep them from voting."

Deuel Ross, assistant counsel at the NAACP Legal Defense and Educational Fund in New York, said that the fact that Alabama "links voting to the ability to pay" has a disparate impact on black felons that indirectly suppresses the vote of African-Americans who are not felons.

Carmone Owens said he considers the idea that someone could be barred from voting simply because they cannot afford to pay off their fees, fines and restitution to be "the epitome of disenfranchisement."

Convicted of first-degree armed robbery in 2007, he was released on parole in 2015 after serving eight years of a 35-year prison sentence. The black Birmingham resident, who now advocates for felons' rights, is not eligible to vote until 2042 unless he receives a full pardon - and pays off his legal financial obligations.

"The right to vote should never be tied to the level of one's debt," he said. "It's a moral issue and if you want people to come back and transition back into society, one of the fundamental tenets of society is the right to be able to vote."