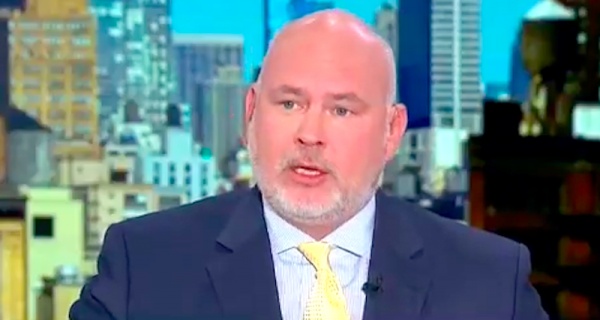 While appearing on “MSNBC Live with Stephanie Ruhle” on Tuesday, MSNBC political analyst Steve Schmidt derided President Donald Trump as a racist and expressed his “contempt” for Republican leaders who continued to stand with Trump.

Schmidt portrayed Trump's rhetoric during a Friday rally in Alabama as racist and suggested the president used coded language to distance white Americans from non-white Americans.

“He's a racist, OK? You look at that speech in Alabama to an all-white crowd ... The president of the United States goes down there and he talks about us and those people,” Schmidt told Ruhle.

Trump's comments, Schmidt argued, came very close to the offensiveness of saying the N-word at a rally.

“He came proverbially as close as you could possibly come to shouting in a rally the N-word. That's what he did down there,” Schmidt said.

Schmidt framed the current state of affairs as a defining moment for the country in terms of racial tension.

“For every decent American, we're coming up on the line where enough's enough with this. What he's doing to the country is tragic,” Schmidt said.

Watch Schmidt's comments below, via MSNBC.