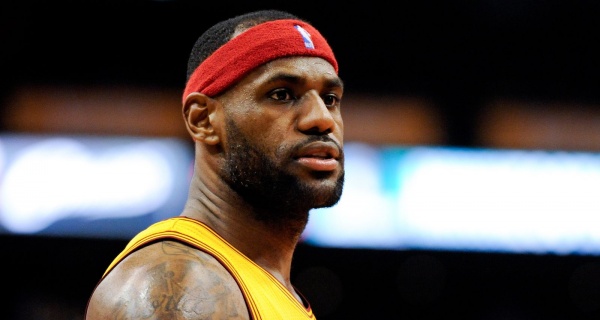 LeBron James was invited to open the first ever Bloomberg Global Business Forum with a message of inspiration to titans of industry and leaders of foreign nations gathered Wednesday in New York.

Cleveland Cavaliers forward and superstar LeBron James has never been afraid to talk about what’s going on in the world outside of basketball. James has taken on more of an activist role late in his career. We’ve seen it first-hand multiple times as the world itself seems to be mired in an era of drama. Alongside fellow NBA players Dwyane Wade, Chris Paul and Carmelo Anthony at the 2016 ESPY Awards, James called for athletes to "speak up" and "use our influence" in the wake of racial injustice and gun violence across the United States.

James, who is in Santa Barbara, Calif., with his Cavs teammates, delivered remarks in a video message that portrayed political unrest all over the world, showed missiles parading down the streets in North Korea, and advocated for action related to climate change.

James did not make any specific political statements, instead challenging forum attendees to "step up." The video in which he was featured included cameos by many people (including ordinary folks who took video selfies on their phones and computers) calling for change.

"We all know what's happening right now ... how hard it is suddenly to understand so much in this world,"

James said. "You're in this room for a reason ... we're leaders. We all know the world needs us to step up."

According to Bloomberg's official website, the event is a community of business leaders who "will work together, through on-the-record mainstage discussions and private bilateral and multilateral meetings, to address the most pressing economic issues facing us today."