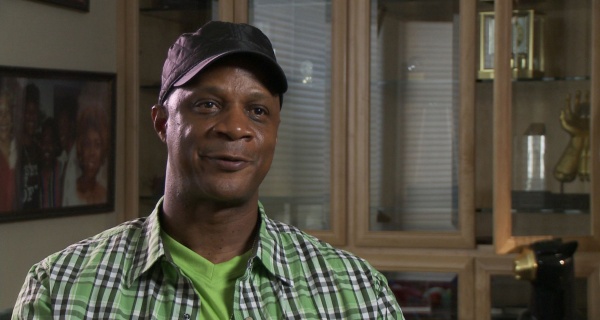 Date Posted: Wednesday, September 20th, 2017
I’m not a betting man, but if there were an enterprising oddsmaker or bookie taking bets on who’d be the first black athlete to castigate Jemele Hill, I probably would have put a couple of dollars down on Charles Barkley or Ray Lewis. I might have parlayed it with Jason Whitlock, who played college football at Ball State and is one of the favorites to win gold for the 2020 Olympic shucking-and-jiving team.
But I would have lost all my money because less than 24 hours after the Trump White House called for ESPN host Jemele Hill to be fired for her Twitter rant truth-telling about Donald Trump’s white supremacist tendencies, former baseball star Darryl Strawberry burst out of the gate, rushing to castigate Hill for her comments while simultaneously praising the Dollar Store Stalin for ... umm ... I guess being white.
When Varney & Co. host Stuart Varney asked the four-time World Series champion whether Hill should have been fired, Strawberry responded:
"I think no one should call anyone anything. President Trump, he’s a great man to me. He was always gracious to me. I really love him, his family, I was on his show, and he’s always been kind to me ... I’ve known him quite well and every time I’ve seen him and been around him he’s always been so gracious with me and I’m always grateful for that."
Strawberry appeared on Donald Trump’s Apprentice in 2010, which apparently means the world to Strawberry, because he loves Trump. He thinks Trump is a “great man” because Trump was “gracious” to him.
Strawberry later added that “a lot of people say things because they have their own issues, and they hurting inside.” He is right about that. Maybe Jemele Hill has an issue with white supremacy. Maybe when she sees it, she hurts inside.
But then Strawberry went on to say, “I never want to sit and point fingers at someone like the president of the United States. He’s got a job to do, and we all need to pray for him. We all need to support him.”
Aight.
Strawberry selectively ignores the fact that the only reason he is on Fox Business Channel is that he is a recovering addict who overcame addiction, something for which the Trump administration would have locked him up in jail instead of offering him treatment. When Strawberry says, “No one should call anyone anything,” he apparently believes that Hill’s calling Trump a “white supremacist” is worse than Trump’s history of name-calling, including calling:
Mika Brzezinski “dumb as a rock”
Rosie O’Donnell a “pig”
President Barack Obama an “insane” Muslim born in Kenya
Mexicans “rapists”
black people folks with “no education,” “criminals” and “a catastrophe”
Or maybe I’m wrong. Maybe there is a simpler explanation for why Strawberry rushed to throw Hill under a slow-moving bus for nothing more than the pleasant smile of a billionaire racist who wouldn’t give a damn about him.
But I wouldn’t bet on it.