Republicans Are Revisiting Their Attempt To Repeal Obamacare 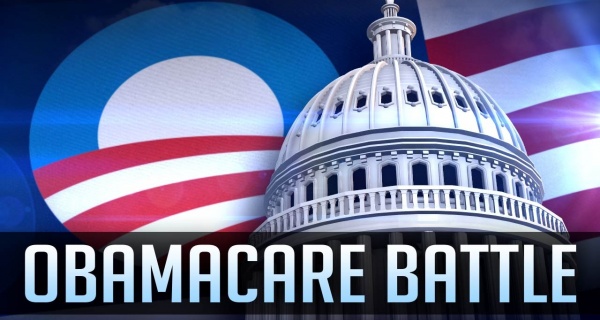 Republicans are on the hunt for just a few more votes to pass an Obamacare repeal bill as soon as next week that would cost millions of Americans their health insurance.

Obamacare repeal appeared doomed after a Senate bill went down in defeat during a late-night vote in July. But suddenly, and to the surprise of reporters and other observers, Republican senators have coalesced around a new plan championed by Sens. Lindsey Graham (R-SC) and Bill Cassidy (R-LA).

The bill is the most disruptive repeal plan to date. It would allow insurers to again discriminate against customers with preexisting conditions who buy coverage in the individual market, and it would drastically change a Medicaid program that extended insurance to 62 million.

Analysts expect the bill would lead to millions of Americans losing coverage, similar to previous Republican repeal bills. Republicans might not even know the full extent of the new bill’s effects on the health care system because they are likely to vote on the bill before the Congressional Budget Office can release its full analysis. The CBO is rushing to at least a provide a bare-bones analysis by early next week. The Senate has now scheduled two hearings for Monday and Tuesday on the bll.

Senate Republicans need 50 votes to pass this bill, meaning only two Republicans can defect. As my colleague Dylan Scott has pointed out, Republicans always have 45 or so votes to repeal Obamacare. It’s the last five that are the battleground.

Several senators who opposed the last Obamacare repeal effort haven’t taken an official position yet. So the vote could fail just like past Republican attempts. But all signs we have from Capitol Hill suggest that it could pass. Cassidy is actively working to persuade senators to vote for the bill and reaching out to governors, too, to pressure their senators.

“I’ve had governors calling up their senators, 14 or 15 governors, saying you need to get on this,” Cassidy told reporters at a Friday morning briefing.

There’s one more hitch: Republicans must pass the bill by September 30 because the bill is being pursued as part of a reconciliation package that expires at the end of this month.

If it passes, the House would have unlimited time to vote on it, but it wouldn’t be able to make any changes at all. Whether the House would be on board and vote to send it to President Trump’s desk is an open question.

Still, the machinery of the Senate is churning toward a situation where the chamber could vote on this bill next week. And once that starts to happen, things can begin to move incredibly quickly.

What we learned in the House: support for a repeal bill can happen quickly:

One lesson I’ve taken from the past year of covering the Obamacare repeal-and-replace debate is that these bills look doomed to fail — up until the moment they don’t.

Take, for example, the American Health Care Act that the House passed this May. Within 48 hours, the bill went from doomed to sailing right through. The most puzzling part was how little happened in between.

Moderate Republicans like Rep. Fred Upton (R-MI) were critical of the bill because of how it could affect Americans with preexisting conditions. Upton publicly came out against the Obamacare repeal bill on May 2 in an interview with a local radio station. But literally the next day, he announced that a small tweak to the bill would win his support.

The tweaks didn’t actually fix the core problems that Upton had with the bill. He secured a small pot of funding to help those with preexisting conditions and used that as cover to vote for a bill that would cause 22 million Americans to lose coverage.

Other Republicans quickly fell in line behind Upton, even though no major changes were made to quell their concerns, and the American Health Care Act passed the House on May 4.

In this case, it’s too close to call. There are some significant hurdles to passage: Sens. Collins and Lisa Murkowski have been stalwart opponents to any Republican repeal bill throughout this year. Sen. Rand Paul (R-KY) recently announced his opposition. Sen. John McCain has been squishy in his opposition. If all four of these senators vote no, the math doesn’t hold up for Cassidy-Graham. But if something can win over two of them, the bill is in play.

Cassidy-Graham is the “most disruptive” health bill we’ve seen yet:

Since Cassidy-Graham has a real chance of passing the Senate, it’s worth understanding what exactly the bill would do.

This bill is, in my view, the most radical Republican health plan to date. And I’m not alone: Fitch Ratings, the major credit ratings agency, describes it as “more disruptive for most states than prior Republican efforts.”

First of all, Cassidy-Graham is a Medicaid cut, plain and simple. Fitch estimates that it would lead to a 14 percent reduction in funding for the safety net program by 2026, a finding similar to research from the Center on Budget and Policy Priorities.

Cassidy-Graham scales back how much we spend on the program that covers 70 million Americans, but does so in an especially disruptive way. It redistributes money from states that expanded Medicaid to those that didn’t in order to create what Cassidy describes as a more equal playing field.

"Those funds are quite unequally distributed," he says of current federal health funding. "Where you live should not determine how healthy you are."

Of course, the reason there is currently a massive disparity from state to state on Medicaid funding is that 19 states have not expanded the Medicaid program under the Affordable Care Act.

Cassidy-Graham’s solution to this problem is to take money from expansion states, places like California, New York, Ohio, and West Virginia, and transfer it to non-expansion states.

This would cause massive disruption in current Medicaid expansion states, which would near certainly see their residents lose coverage — a fact Cassidy readily acknowledges.

"We recognize there are circumstances where states that expanded Medicaid will have to really ratchet down their coverage," he says.

"You can be charged more for a specific condition," says Chris Sloan, a senior manager at the health research firm Avalere.

A cancer diagnosis, a history of breast cancer, a mild case of asthma — insurers could charge people with those types of histories higher premiums. That would be fair game. The only things insurance plans can’t tether an individual's premiums to are "sex or membership in a protected class under the Constitution of the United States."

Cassidy-Graham is a massive disruption to the American health care system, and you can read a fuller explainer on how it would work here. It isn’t the Hail Mary pass we thought it was a week ago. It is a Republican repeal plan that is gaining serious traction on Capitol Hill, and one that I now think of as having a plausible (if incredibly narrow) path toward passage.

Change of passage is real, but hurdles are real too:

I still remain skeptical that Cassidy-Graham can clear the Senate for a few reasons.

First, there are the “no” votes from the last go-around. Sens. Collins, Murkowski, and McCain aren’t eagerly signing on as of yet. Paul’s been pretty vocal about saying he’s a no.

Second, Cassidy-Graham would significantly reduce health funding for states like Ohio and West Virginia. That makes this a really tough vote for Sens. Shelley Moore Capito (R-WV) and Rob Portman (R-OH). Maybe they’ll take the hit, but they certainly have incentive not to, even though Capito and Portman have, after all, previously voted in favor of bills that would cause significant coverage loss in their states.

Still, I remember feeling certain the week before the AHCA passed that the votes wouldn’t coalesce. Then they did, after 48 hours of hasty negotiations — and the outcome of the Senate debate looks a whole lot less certain in that light.

The Senate must pass this bill by September 30. Eleven days is a lifetime compared to 48 hours.