Why Trump Voters Fell For The Ultimate Con 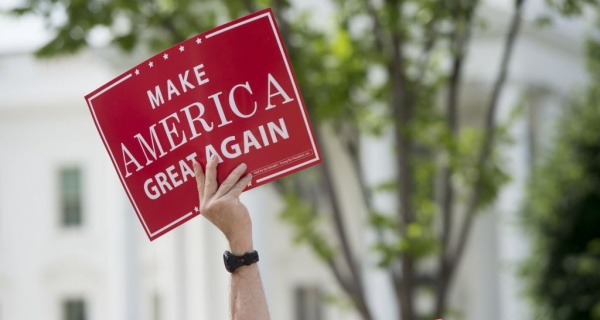 Date Posted: Monday, September 18th, 2017
A con man doesn’t necessarily have to be very smart. All that is required is to be smarter than the targets of his con. Eight months into his presidency Donald Trump has provided proof positive that America is wrought with ignorance and epic stupidity. Look no further than his voter base to unearth evidence of the erosion of our national IQ.
Unraveling the rise of Donald Trump to the highest office on the planet is not a difficult task. He spoke to the conscious of a segment of America that had been silenced by political correctness. His brash, outlandish speeches ignited a smoldering fire of cultural chaos and reintroduced the idea of Jim Crowism to a new generation. However what can’t be misunderstood is that Donald Trump is only a symptom, not the cause of the disease.
Racism is sewn into the fabric of America, as American as apple pie and hot dogs. It’s also a direct derivative from ignorance. America has devolved into an intellectual wasteland. Donald Trump represents the intellectual deficiency of America, and his supporters readily engage in and embrace his stupidity.
Consider that the recent summit between Trump and Democrats which resulted in an apparent handshake deal regarding DACA and border security – that allegedly didn’t include the construction of a wall – drew outrage and disbelief from his disillusioned base. Trump campaigned on the foundation of bias and bigotry, and his backpedaling on immigration solutions infuriated his voters.
Republican voters have been enamored with and energized by the prospect of a border wall. During the circus act that was Trump’s presidential campaign, the ringleader not only promised a wall but also assured his cult that Mexico would even foot the bill. His base stood, cheered and clapped like trained animals of the very same circus. As if illegal immigration and the flow of illicit drugs don’t transpire through sea and air as well. Ask yourself who would believe such a stretch of the imagination and why would you believe it? That answer is simple. The same kind of person who believes that monuments to slavery and a lost war aren’t offensive and should be preserved and revered.
Trump voters were well aware of his propensity for shameless dishonesty, questionable business acumen, history of bigotry and neophyte political status. They cast their ballot anyway believing his hollow promises and never questioning his lack of an actual agenda. He made no secret of his desire to pass biased legislation and they still voted.
He admitted to being a sexual predator who had zero respect for women, and they still voted for him. He was an inept leader, corrupt businessman and social misfit and yet they still voted for him. That’s just not smart, and it’s a crying shame that this country allowed the likes of Donald Trump into the White House.
Trump’s inability to lead comes into crystal clear focus when discussing the North Korea crisis. His nonsensical tough talk was so empty and devoid of vision that just like a child, he’s been asked to leave the room while the adults talked and handed over the reins to General James Mattis. Imagine a president being so recklessly ridiculous that he isn’t even allowed to have a hand in critical political solutions. That’s exactly what is taking place in Washington.
When all is said and done, America is a laughingstock because of the clown our citizens empowered. To see past his deficiencies, you either would have to be blind or subscribe to the same beliefs. In either case, it’s a terrible reflection on this country. Our only hope is that enough people have been shaken from their slumber and will cast informed, educated ballots in the name of change and common sense for the future of us all. RESIST….