A Summary Of Trump's Most Significant Lies 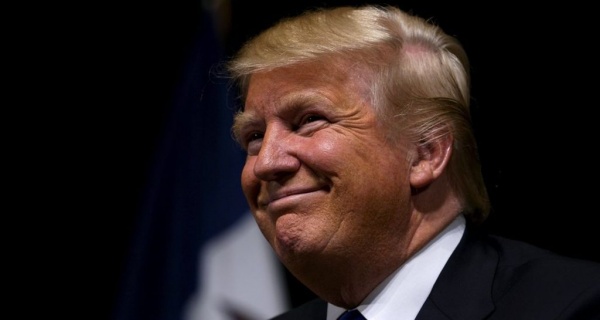 Before Donald Trump became the President of the United States, he was well-known for stretching the truth a time or two. Whether it was making absurd claims about immigrants as rapists, or discussing the size of crowds at his rallies, any right-thinking person knew that Trump didn’t mind lying to the public if he thought it would be to his advantage.

But since becoming president, the lies have not stopped. Thanks to Politifact, we took a dive into all the statements made by President Trump that have been proven false. Then we narrowed it down to seven of the most blatant lies.

Counter-protesters in Charlottesville “didn’t have a permit”

The lie: “Because I don’t know if you know, they had a permit. The other group didn’t have a permit. So I only tell you this. There are two sides to a story.”

There are often two sides to a story, but frequently one side is just plain wrong. Outside of the obvious problem with having the President of the United States of America stumping for a massive group of white nationalists, he told a lie in the process. According to Politifact, the Washington Post had published a document showing that counter-protesters had indeed applied for and received a permit to protest against the Neo-Nazi’s and white nationalists holding tiki torches in Charlottesville, Virginia.

This has been one of the more difficult moments of Trump’s tenure in the White House. Overlooking, for a moment, the rhetoric that plagued his campaign, this was the first time the president officially and publicly defended the actions of people waving Confederate flags and wearing Nazi armbands.

“We’ve signed more bills than any president ever”

The lie: “We’ve signed more bills — and I’m talking about through the legislature — than any president ever.”

This was a statement made by President Trump on “Made in America Day,” when the infamous picture of the president sitting in the front seat of a big truck was taken. With Vice President Mike Pence standing behind him, Trump proceeded to claim that in six months they had passed and signed more bills through legislature than any president in history.

Again according to Politifact, Trump had signed 42 bills into law through his 178th day in office. Not only is that not the most ever, it’s not even really that close. The most ever is the 228 by President Dwight Eisenhower, just narrowly ahead of President John F. Kennedy at an even 200. In total, six presidents – Eisenhower, Kennedy, Jimmy Carter, Richard Nixon, George H.W. Bush, and Bill Clinton – signed more bills than Trump.

This comes from a claim from President Trump that former President Barack Obama had his phone wiretapped. There has since been zero evidence found that Obama had Trump’s phones tapped, which in itself is a lie. But the even more obvious lie is Trump’s claim that the New York Times wrote about such a thing on January 20, which they did not.

The Times did, however, report a story about Trump aides having their phones tapped by the FBI in their investigation into Trump-Russia ties. At any rate, Trump’s claim is that Obama may have gone outside the law to tap his phones, which was not true and the Times never even came close to making such a claim.

The lie: “In addition to winning the Electoral College in a landslide, I won the popular vote if you deduct the millions of people who voted illegally.”

Trump has made specific claims of serious voter fraud in several different locations across the United States, including Virginia, California, and New Hampshire. But as for the statement above, there are two very clear lies. The first is that Trump won the Elector College in a landslide, when the truth is that he had one of the smallest electoral victories by percentages. Trump received 56.9% of the electoral votes in the 2016 election, which is a smaller percentage than all but five elections since 1960.

But to the bigger point, Trump is incorrect that millions of people voted illegally. Putting aside his assumption that the vast majority of “illegal” voters would have voted for Hillary Clinton, Trump’s statement almost certainly is based on a claim by InfoWars conspiracy theorist Alex Jones, who said that three million illegal aliens cast ballots in the 2016 election. Based on lack of evidence and credible reports, that has been rated as false by Politifact.

Trump’s claims of voter fraud are his – and Republicans’ – attempt to plant the seed of doubt in democracy, clearing the way for more stringent voting laws. Some Republicans have even openly admitted that this is merely done as a way to hold an advantage over Democrats, because the more people vote, generally the more often Democrats win elections.

The lie: “The @nytimes sent a letter to their subscribers apologizing for their BAD coverage of me.”

As we reflect on the momentous result, and the months of reporting and polling that preceded it, we aim to rededicate ourselves to the fundamental mission of Times journalism. That is to report America and the world honestly, without fear or favor, striving always to understand and reflect all political perspectives and life experiences in the stories that we bring to you.

It is also to hold power to account, impartially and unflinchingly. You can rely on The New York Times to bring the same fairness, the same level of scrutiny, the same independence to our coverage of the new president and his team.

The Times did make statements regarding the commitment to honest coverage and holding those in power accountable, but where Trump sees an apology is anyone’s best guess.

“I never said this!”

The lie: “The @nytimes states today that DJT believes ‘more countries should acquire nuclear weapons.’ How dishonest are they. I never said this!”

Trump tweeted the above statement on November 13, the same day that he falsely accused the New York Times of sending out an apology letter. This time, he stated that they had lied in suggesting that he had said more countries should acquire nuclear weapons. This is a reference to a November 11 article by reporter Max Fisher, which reads as the following:

Trump has suggested that more countries should acquire nuclear weapons, to protect themselves without Washington’s help.

Fisher is correct, because both Trump and a spokesman for Trump have made statements suggesting that other countries should improve their nuclear arsenal. Specifically, in a March article in the Times, Trump stated:

And, would I rather have North Korea have them with Japan sitting there having them also? You may very well be better off if that’s the case. In other words, where Japan is defending itself against North Korea, which is a real problem…If Japan had that nuclear threat, I’m not sure that would be a bad thing for us.

The lie: “I like Steve [Bannon], but you have to remember he was not involved in my campaign until very late…I had already beaten all the senators and all the governors, and I didn’t know Steve. I’m my own strategist, and it wasn’t like I was going to change strategies because I was facing crooked Hillary.”

Trump claimed in the New York Times last April that former White House aide and strategist Steve Bannon joined his campaign late, and that he didn’t know Bannon prior to that. This was amidst rumors of a rift between Bannon and Trump son-in-law Jared Kushner, and in the months that followed Bannon was let go from his post in the White House.

But focusing on the point where Trump says he didn’t know Bannon, that runs opposite to something Trump said a year prior when Bannon and Kellyanne Conway were first hired.

“I have known Steve and Kellyanne both for many years. They are extremely capable, highly qualified people who love to win and know how to win,” Trump said.

One of these statements is certainly a lie, and the evidence suggests it was when Trump claimed he didn’t know Bannon. According to the New York Times, there were at least nine times that Trump appeared on Bannon’s radio show prior to the campaign. Not only does the evidence suggest Trump is lying, so do his own words from a previous statement.