ESPN Host, Jemele Hill, Is At The Center Of Controversy After Tweeting That Trump Is Racist 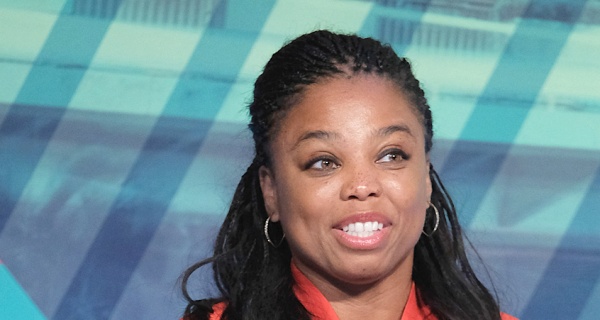 I was going to give this a pass. Truly, I was. Jemele Hill, the gifted young woman who co-hosts ESPN’s The Six every night with my old Morrissey Boulevard running buddy Michael Smith, got on her electric Twitter machine and tweeted out her unremarkable—and damned near irrefutable—opinion that the current president of the United States is a racist and a white supremacist.

This drew the usual screams from the political flying monkeys of the American Right. ESPN responded with a craven corporate response that I’ll get to in a minute, but let me just say right now that you will not believe that the response was written by anyone who ever came within a light-year of any newsgathering operation. OK, so I thought that was pretty much it. I agreed with everything Hill tweeted. I thought what she said should be obvious to everyone in America at this point. She delivered her opinion. There was the customary cyber-bullying pushback, and we all move on.

That, of course, was until the whole business hit the podium of the White House press room. On Wednesday afternoon, administration spokesperson Sarah Huckabee Sanders was asked about the controversy and this is what she said.

“That is one of the more outrageous comments that anyone could make and certainly something that is a fireable offense by ESPN.”

Let us pause for a moment and consider how far we’ve drifted into the outer suburbs of Crazytown here. This is the official spokesperson of the President of the United States calling upon a television network to fire one of its highest profile employees because she was mean to the president online. As a taxpayer, this makes me wonder whether or not my money is being well-spent on things like Sarah Huckabee Sanders’s salary. As a journalist, this makes me wonder exactly how far these people will go in knuckling the media to protect their boss’s delicate fee-fee. But you can’t really understand how we got here unless you understand what’s happened to the newsroom.

The first professional newsroom I ever worked in was on the third floor of an old candy factory in Back Bay in Boston. When it got hot in the summer, some of the ancient molasses that was still in the pipes and the walls would start bleeding out again, like some sort of ancient curse come to life. People did great work there. People also regularly swore, drank, romanced, and smoked weed there and it was the best place to work I ever saw. That newspaper is out of business now, and the building is full of high-level clothing stores and loft spaces.

The second professional newsroom I ever worked in was at an actual daily newspaper hard by the channels that run into Boston Harbor. There was carpeting in this place that was laid down somewhere between the Battle of Agincourt and the Inauguration of Chester A. Arthur. A veteran sportswriter once explained that the carpeting would never be replaced because nobody wanted to know what was underneath it. (His best guess? “An army of dead rats.”) That newspaper has moved uptown now. The building was torn down—presumably with the carpet still in place—and a tower of luxury condominiums has risen from its footprint.

Newspapering used to be about being loud and profane, and the newsroom used to be about hanging out, swapping lies, concocting elaborate murder plots concerning the dumb brutes of the copy desk, and did I mention hanging out? Being paid to hang out used to be one of the perks of taking up this battered old craft. Now, though, I am told that the newsroom is indistinguishable from the cubicle farms of the insurance and financial services industries. A reporter for a local daily recently showed me a memo from the people in his HR department in which the reporters—grown men and women, all of them—were cautioned to use their “inside voices” while at work. The corporations bought up all the newsrooms and the beancounters took over the profession and that’s how you get wretched little kindergarten memos like that one, and I guarantee you the drone who wrote it gets paid more money than most of the people working in the newsroom.

Suddenly, all of us had to be concerned about “the brand.” We were warned not to do anything that might damage “the brand.” Often, “the brand” was camouflaged as the publication’s “credibility,” but anyone over the age of five knew that “credibility” translated into don’t write or say anything that might cost us a couple of dollars or get us screamed at by the talk-show lunatics on the radio. I once was severely disciplined by my newspaper for having called Newt Gingrich “a doughy fraud” in another venue. I mean, honestly, if you can’t call a doughy fraud a doughy fraud, what the hell is the fun of being in showbiz?

And then, almost out of nowhere, came the miracle of the Internet. Suddenly, the buccaneer spirit of the old newsroom, reckless and renegade, had a new place to light for itself, the way it did when the alternative press kicked over the applecart in the 1960’s and 1970’s. Except that this happened all at once, and instantly. The beancounters in charge of what became known, not always affectionately, as “the mainstream press” have floundered for decades trying to monetize this beast that simultaneously was scaring them to death. There was money out there somewhere but, at the same time, the Internet was the wild kingdom, where anybody could find an audience, and where the beancounters’s employees could find an outlet from the steady anesthetizing of what used to be a profession that was always half-outlaw at its best. And that, alas, is where Jemele Hill finds herself right now.

"The comments on Twitter by Jemele Hill regarding the President do not represent the position of ESPN. We have addressed this with Jemele and she recognizes that her actions were inappropriate."?

That was not written by a journalist, or anybody who cares about the craft of journalism. That was written by some beancounter—or, worse, some beancounter’s lawyer—who is more concerned with “the brand” than he or she is concerned about standing by a valued employee when the wind begins to blow. We already have gone too far down the road on which our employers presume to have some sort of right to control us in our off hours. Journalists, that ought to mean that our employers have no right to get hysterical for anything we write that’s outside the institution that pays our salary.

Writers think. Writers write. And, in 2017, that means that they share their thoughts in writing with the world in what has come to be the equivalent in cyberspace of the old town square. To threaten someone’s employment for something they wrote in their personal time just because it drew you some angry phone calls is not a labor strategy. It’s extortion. So, in conclusion, and in the spirit of an earlier Boston alternative journalist named William Lloyd Garrison, who told a sleeping country, “I am in earnest—I will not equivocate—I will not excuse—I will not retreat a single inch—and I will be heard" let me say the following:

Jemele Hill is a tribute to the people who raised her and an ornament of great value to her profession.

The President of the United States is a white supremacist and a racist, just like his odious father was before him.

Tell them to fire me.