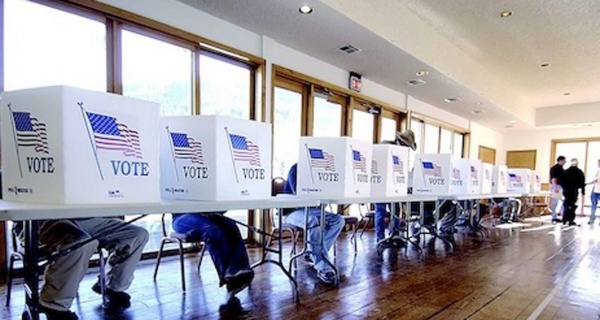 Last week, much of official Washington rejoiced after President Trump made a deal with senior congressional Democrats to forestall a government shutdown, provide aid to hurricane victims, and raise the debt ceiling until December. The deal, some observers claimed, marked Trump’s long-awaited pivot to conventional Presidential leadership and a bipartisan style of governing. Some praised this maneuver as statesmanlike, while others denounced it as a betrayal of the President’s fellow-Republicans, but there was something close to consensus that Trump had jettisoned the hard-right politics expressed at the beginning of his term in office and begun a new and different chapter.

This is, to put it charitably, nonsense. Nancy Pelosi and Charles Schumer, the top Democrats in Congress, understandably accepted a modest political gift from the President; Trump, by agreeing to just a three-month extension of the deadlines, gave the opposition party somewhat more leverage when the next negotiation takes place, before the end of the year. But, notwithstanding the developments of last week, which mostly amount to inside baseball, the course of the Trump Presidency is set, and conservatives are still very much in charge.

A vivid example of the right-wing hegemony in the Trump Administration will be on display today, when the Presidential Advisory Commission on Voter Integrity convenes for the second time. It is difficult to imagine a more cynical enterprise than this commission, which Trump appointed after he claimed (falsely) that the casting of illegal votes last November accounted for his loss of the popular vote, which Hillary Clinton won by a margin of nearly three million. Trump named Kris Kobach, the Kansas secretary of state, who has been the nation’s leading advocate for restrictions on voting rights, as the vice-chair of the commission. (Vice-President Mike Pence is the chair.) Kobach will preside at today’s meeting, which will convene in Manchester, New Hampshire. (To further confuse matters, the meeting will be hosted by New Hampshire’s longtime secretary of state, Bill Gardner, a Democrat who also sits on the commission but who has, in the past, been skeptical of voter-fraud charges.) The choice of this location is characteristic of the incompetence and malevolence that is at the heart of the vote-suppression agenda.

Hillary Clinton and Senator Maggie Hassan—who defeated the Republican incumbent, Kelly Ayotte—both won narrow victories in New Hampshire, in 2016. Kobach has claimed that those results are suspect because out-of-state voters may have cast ballots for the Democrats. Last Wednesday, the speaker of the New Hampshire House of Representatives, Shawn Jasper, a Republican, released data showing that six thousand five hundred and forty people had registered to vote using out-of-state driver’s licenses. Using such licenses for voter registration is legal in the state, but it was pointed out that only a thousand and fourteen of these people later obtained a New Hampshire license. This, Kobach suggested in a column that he wrote last week for Breitbart, means that most of those voters never lived in New Hampshire at all.

This is absurd. As the Brennan Center for Justice, at the New York University School of Law, and New Hampshire Public Radio, among others, have noted, most of these out-of-state licenses likely belonged to college students, who are allowed to vote in New Hampshire under state law and would have had no reason to obtain a New Hampshire license after Election Day. Such misleading allegations typify the voter-fraud campaign, because it’s really a cure for which there is no disease. In-person voter fraud—cases of people intentionally voting in elections in which they are not entitled to participate—is a minuscule, if not nonexistent, problem in the United States. The real agenda is to make it harder for Democrats to vote, and thus, to make it easier to Republicans to win elections.

The results of Trump’s voting commission are preordained. It will inevitably seek to impose measures that will have the effect of erecting barriers to voting for poor people, who generally vote Democratic. The commission will call for requiring more forms of identification to register, and the possession of photo identification to actually cast ballots. In addition, the commission will almost certainly pursue limitations on early voting and absentee balloting, all as part of a supposed effort to combat fraud. During the Obama Administration, the Justice Department, under Eric Holder and then Loretta Lynch, got courts to limit some of the worst voter-suppression efforts, especially those in Texas and North Carolina. But Attorney General Jeff Sessions has withdrawn from this undertaking, and, just as he did when he was a senator, he has embraced the vote-suppression agenda. We may never definitively know how Republican efforts to discourage Democratic votes affected the outcome of the 2016 election. (The Republican changes to the law in Wisconsin may well have skewed the results there in Trump’s favor.) But we do know that, in state after state, Republican legislators made it harder for Democrats to vote.

If the President had the slightest inclination toward bipartisanship, as some appear to think he displayed last week, he would disband the fraud commission. It exists solely to help the Republican Party, with no residual benefits for anyone else in the country. Trump, of course, will not disband it, and his failure to do so will be the clearest evidence (if any is needed) that there was no pivot last week, but at most a very slight detour on the road to an electoral future of Republican dominance