Sinclair Broadcasting May Be More Dangerous Than Fox News 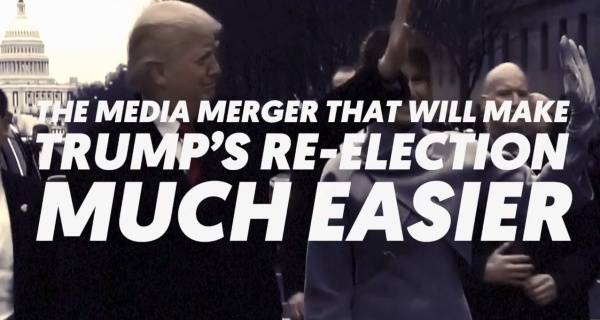 Date Posted: Tuesday, September 12th, 2017
They are called “must-runs,” and they arrive every day at television stations owned by the Sinclair Broadcast Group — short video segments that are centrally produced by the company. Station managers around the country are directed to work them into the broadcast over a period of 24 or 48 hours.
Since November 2015, Sinclair has ordered its stations to run a daily segment from a “Terrorism Alert Desk” with updates on terrorism-related news around the world. During the election campaign last year, it sent out a package that suggested in part that voters should not support Hillary Clinton because the Democratic Party was historically pro-slavery. More recently, Sinclair asked stations to run a short segment in which Scott Livingston, the company’s vice president for news, accused the national news media of publishing “fake news stories.”

As Sinclair prepares to expand its stable of local TV stations with a proposed acquisition of Tribune Media — which would add 42 stations to Sinclair’s 173 — advocacy groups have shown concern about the size and reach the combined company would have. Its stations would reach more than 70 percent of the nation’s households, including many of the largest markets.
Critics of the deal also cite Sinclair’s willingness to use its stations to advance a mostly right-leaning agenda. That practice has stirred wariness among some of its journalists concerned about intrusive direction from headquarters.
That is what has happened in Seattle, a progressive city where Sinclair owns the KOMO broadcast station. In interviews over the past several days, eight current and former KOMO employees described a newsroom where some have chafed at Sinclair’s programming directives, especially the must-runs, which they view as too politically tilted and occasionally of poor quality. They also cited features like a daily poll, which they believe sometimes asks leading questions.
“It is something that’s very troubling to our members,” said Dave Twedell, a business representative for the union that represents photojournalists at KOMO. “I have not found one of our members who is supportive of our company’s position.”

The Sinclair Broadcast Group, the largest owner of local TV stations, serving 81 markets, wants to expand by buying Tribune Media’s TV stations, many of which are in larger markets, like New York, Chicago and Los Angeles.

The journalists at KOMO described small acts of rebellion, like airing the segments at times of low viewership or immediately before or after commercial breaks so they blend in with paid spots. They all spoke on condition of anonymity, citing fear of reprisal from the company.
Those interviewed said that being on the other side of the country from the corporate headquarters outside Baltimore gave them some breathing room. But not always.
In late 2013, for instance, after The Seattle Times wrote an editorial criticizing Sinclair’s purchase of KOMO, Sinclair ordered KOMO to do a story critical of the newspaper industry, and of The Seattle Times in particular, according to two of the people interviewed.
KOMO journalists were surprised in January when, at a morning planning meeting, they received what they considered an unusual request. The station’s news director, who normally avoided overtly political stories, instructed his staff to look into an online ad that seemed to be recruiting paid protesters for President Trump’s inauguration. Right-leaning media organizations had seized on the ad, which was later revealed as a hoax, as proof of coordinated efforts by the left to subvert Mr. Trump.
Only after reporters had left the room did they learn the origin of the assignment, two of them said: The order had come down from Sinclair.
In a telephone interview on Thursday, Mr. Livingston rebuffed suggestions that Sinclair pushed right-leaning views. “We work very hard to be objective and fair and be in the middle,” he said. “I think maybe some other news organizations may be to the left of center, and we work very hard to be in the center.”
He said multiple times that local news was “at the heart of Sinclair” and that the company was committed to its communities.

Since November 2015, Sinclair has ordered its stations to run a daily segment from a “Terrorism Alert Desk” with updates on terrorism-related news around the world.
With its offices in a glass-walled building across the street from the Space Needle, KOMO, an ABC affiliate, is one of several broadcast stations that beam news to the country’s 14th-biggest television market. Since its founding in 1953, the station has covered the staples of local news: civic politics, emergencies, transportation and crime.
KOMO’s experience under Sinclair could foretell the kinds of challenges the company would face with its news staffs in bigger cities. If it acquires Tribune, Sinclair would gain stations in the nation’s three largest markets — New York, Chicago and Los Angeles.
Not only are cities like those more liberal, but the journalists who work there tend to be more experienced — and resistant to what they might see as ideologically slanted content. While most viewers never know the corporate ownership of the stations they watch, audiences might notice politically-leaning commentary in the news cycle.

But Sinclair also operates dozens of stations in smaller areas like Amarillo, Tex.; Steubenville, Ohio; and Hutchinson, Kan., where audiences are likely to be more conservative. And Sinclair’s expansion comes amid a stark divide in how Americans view the role of the press.

A Pew Research Center report this week showed that about 89 percent of Democrats believe that the news media played a watchdog role in holding political leaders to account; only 42 percent of Republicans said the same. The gap was the widest ever recorded in the Pew survey, which dates back more than 30 years.

Sinclair acquired KOMO in 2013, making it the largest station in its portfolio (surpassed in 2014 by WJLA in Washington). Soon after the purchase, Sinclair laid off roughly 20 employees and began requiring the station to air must-runs that some on the staff viewed as politically slanted.
Mr. Livingston attributed any initial dissatisfaction at KOMO to “a little bit of adjustment.”
“We have high expectations, and we weren’t satisfied with where we were in the marketplace,” he said.

Sinclair also recently asked stations to run a short segment in which Scott Livingston, the company’s vice president for news, accused the national news media of publishing “fake news stories.”
Sharing content has become regular practice in the television industry, as budgets and resources shrink. Still, the mandated segments have become the biggest source of irritation for many KOMO employees. Generally, Sinclair specifies at least one must-run a day. This week there was a package on James B. Comey’s firing as the F.B.I. director and another on “the world’s biggest threats.”
“Our view is that news isn’t liberal or conservative,” said Mr. Twedell, the union representative who is in negotiations with Sinclair management. “News is just factual or not factual, and we don’t want our reputations tangled up in this kind of controversy.”
Several of the current or former KOMO employees said they disapproved of the on-air commentary of Mark Hyman, a former Sinclair executive who provides conservative arguments that Sinclair pushes out to its stations. And employees bristled at a mandated segment that featured Mr. Livingston, which ran on Sinclair stations in March.
“If you believe this station’s coverage is unfair, please reach out to my office directly,” he said in the must-run. “We value your comments.”
The staff members thought the segment reinforced their frustration with Sinclair, saying it undercut their professionalism. They also suggested that the company did not understand KOMO’s progressive market.
Mr. Livingston said in the interview on Thursday that he thought it was important to run the segment to ensure viewers understood the company’s commitment “to tell the truth.”
There are some benefits in having a large corporate owner. Mr. Livingston said Sinclair invested millions of dollars in KOMO, replacing old equipment and providing new station trucks. And the current and former staff members said Sinclair does not try to influence KOMO’s local coverage.
“We’re proud of the work that the team there produces day in and day out,” Mr. Livingston said. “We have healthy dialogue with all of our stations, and I think they’re appreciative of our commitment.”