Can Democrats Flip The House In 2018? 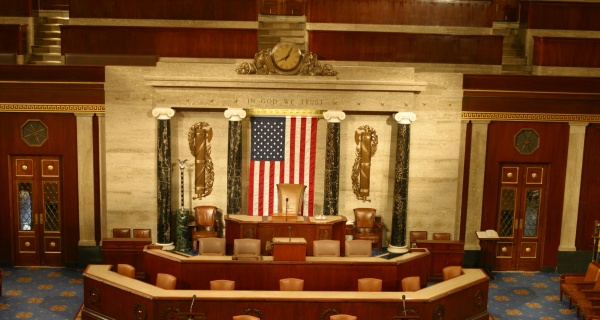 Date Posted: Monday, September 11th, 2017
Make no mistake: Picking up the 24 seats Democrats need to flip the House in 2018 is going to be tough.
It’s going to be tough because the GOP has gerrymandered America for its pleasure while building up massive campaign infrastructure that doesn’t take midterms off. It will be tough because the press will do everything it can to make Trump seem sane, even though he’s doing everything he can to suppress voters while doing almost nothing to prevent Russian hacking.
And it will get a lot tougher if Republicans pass tax breaks for the rich that will flood new confidence and millions and millions of dollars into Republican coffers.
But perhaps Republican members of the House of Representatives know something we don’t know.
NBC News reports:
On Wednesday, Rep. Dave Reichert, R-Wash. — whose district broke for Hillary Clinton in 2016, 47.7% to 44.7% —     announced he wasn’t seeking re-election. The next day, Rep. Charlie Dent, R-Pa. — the leader of the moderate            House Republicans, whose district went for Trump, 51.8% to 44.2% — made the same move.
Add these two winnable seats to that of Ileana Ros-Lehtinen of Florida, who represents a district Clinton won by almost 20 percent. She announced her retirement during the previews of the Trump Administration.
And that’s not all!
House GOP is dreading more retirements. Two names heard repeatedly over last few days are UPTON & TROTT.
Trott is the most “vulnerable” GOP House Member in Michigan but still has a +60 percent chance of winning, according to Decision Desk HQ, the first poll watchers to publish a model for 2018’s House elections. In the same model Upton has an almost 80 percent chance of holding his seat.
But take incumbency away and suddenly the man behind that model proclaims it a toss-up.
And this from the Decision Desk HQ blog:
If there is any sign of momentum building for Democrats heading into 2018, it’s the number of candidates running in Safe Republican seats. That’s exactly what is happening in Wisconsin’s fifth district, where a third Democrat has joined the race to depose Rep. Jim Sensenbrenner (R).
We know the SEIU is investing big to increase progressive turnout in Wisconsin, Michigan and Pennsylvania — key states for winning back the House and redistricting into the next decade. We also know Trump is also slightly more popular in these states that made him president, though still far from popular.
What I’m wondering is what these retiring House Members know that we don’t.