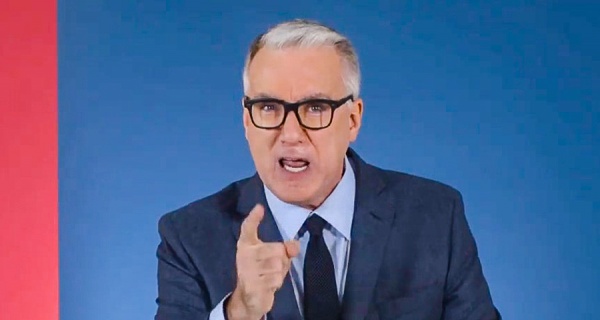 Date Posted: Saturday, September 9th, 2017
Newsman Keith Olbermann believes that popular vote loser Donald Trump is soon to be ex-POTUS Donald Trump, as Trump’s troubles seem to be growing worse by the day.
In the latest of Olbermann’s news shorts for GQ, he claims that Trump is “now almost certainly, almost unavoidably, the soon to be ex-president.”
He cites the infamous Comey letter, which he claims got buried a little by other big news like Hurricanes.  Olbermann claims that the letter proves that not only was the president guilty of obstruction of justice, but “premeditated” obstruction of justice.
“2 years? 2 Hours? I don’t know anymore,” claims Olbermann at the close of the piece.  “But either way, he is the soon to be ex-President.”
We tend to agree with Olbermann here. It’s unavoidable at this point, folks. Donald will not be the president much long. He will either be impeached or resign. My guts tells me he will resign and claim victory in some sick, twisted way that his pathological brain works, likely taking credit for all the good that President Obama created, such as the economy and employment rates.
The upside here is that even if it takes a while for Trump to be forced out of Washington, the Republican congress has little to show for their majority hold in both the House and Senate. They, quite literally, can’t get anything done on their agenda, which is laughable when you think about it. They hold all of the cards, yet Democrats keep winning at every turn, forcing Donald Trump to break every single major campaign promise he made.
Stay patient, folks. Donald J. Trump will soon be the Ex-President of the United States.