Trump's Justice Dept. Is Allowing The Re-segregation Of Schools 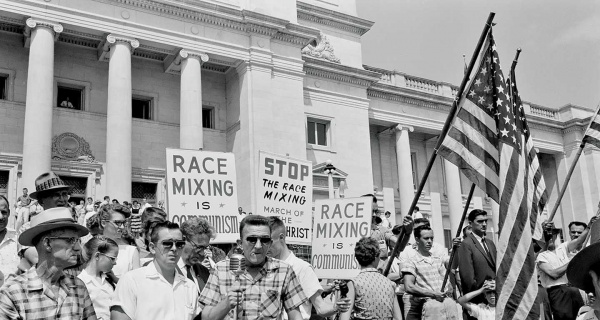 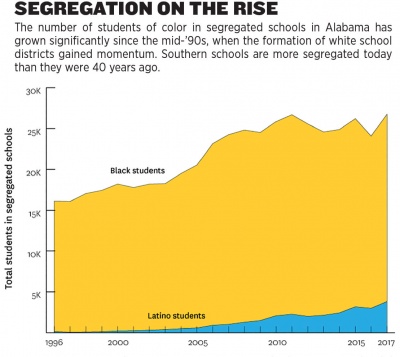 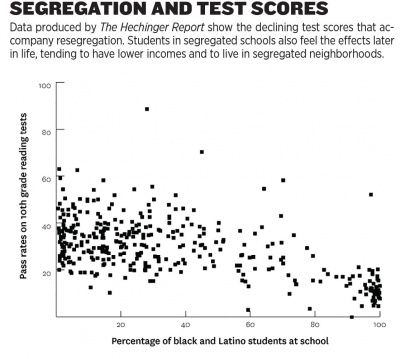 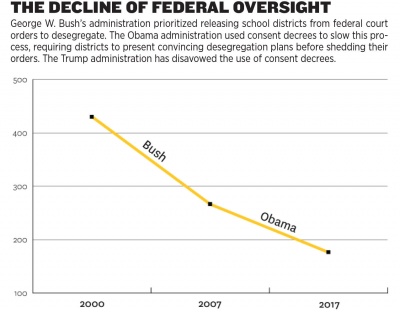 In Clinton, Mississippi, a suburb of Jackson, the public schools are 53 percent black and 39 percent white. In response to a desegregation order, the district reconfigured its schools to provide a single school for kindergarten and first grade, another for second and third grade, and so on. The plan allows the district’s students to attend school together, ensuring that each school reflects the district’s overall racial and socioeconomic makeup. Over the years, even as poverty has increased in the district, the schools have continued to serve both black and white students well. Though there’s still a gap in performance between the two groups, Clinton is the only majority-black school district in Mississippi that gets an A on the state’s rating system.
Erica Frankenberg, an education professor at Pennsylvania State University, says that integration has a proven track record, but that the fight for securing and maintaining integrated schools has taken a toll even on some of its fiercest proponents.
“You can understand why even some civil-rights lawyers say, ‘I’m tired of fighting—I just want the best I can get for the students here,’” Frankenberg says. “But in a lot of these cases, if different decisions would have been made and if the courts had intervened 20 or 30 years ago, the demographics of the schools would have been different. The political lift would have been lighter.”
Amy Berman started at the Justice Department in 2002 and spent nine years working on school—desegregation cases under the administrations of both George W. Bush and Barack Obama. After Bush took office, the department began a comprehensive review of its 430 remaining school—desegregation cases, planning to lift orders in as many districts as possible. During that period, federal courts closed out almost 200 cases, including in places like Vestavia Hills, Alabama, where the immediate impact was a return to segregated schools after the district dropped the black neighborhood it had been forced to serve. According to Berman, the approach was starkly different under Obama. While she says the career attorneys working under both administrations often fought vigorously against resegregation, Berman admits that there was a shift in policy under Obama. Rather than helping the districts that requested to dissolve their cases, the Obama administration imposed consent decrees, which required these districts to lay out a plan to address, under court supervision, the lingering disparities between black and white students. This summer, the Justice Department under President Trump reversed course from the Obama administration’s policy and said that it would allow Franklin County, Mississippi, to end its court supervision without a consent decree.
With Trump in office, it’s probably only a matter of time before the number of federal desegregation orders drops again, possibly to zero. Trump’s team is opposed to using consent decrees to keep the pressure on school districts and make sure they’ve fulfilled their promise to erase the legacy of Jim Crow, arguing that the courts and the Justice Department need to get out of these local matters. Berman and other civil-rights lawyers say they’ve already heard rumors of districts gearing up to ask the courts to lift their orders, assuming the Trump administration won’t fight them.
Meanwhile, the resegregation of the South could soon accelerate. Both Alabama and Mississippi, which together are home to nearly half of the remaining cases, have recently passed laws allowing for charter schools. Frankenberg and other researchers have found that charters tend to increase segregation. The case of Mitchell County, Georgia, is a cautionary tale. In the late 1990s, a group of white residents in Mitchell County used Georgia’s nascent charter law to start a new school, which opened in 2000. Once that happened, white families peeled off from the nearly all-black district schools to which they were zoned and enrolled at the Baconton Community Charter School. The federal court overseeing Mitchell County’s still-active school-desegregation order didn’t interfere. While diversity has increased significantly at Baconton since then, the charter school is still 74 percent white, while the district schools are only 8 percent white. “We have 26 percent students of color, and we do have a plan in place to attract more students of color,” said Baconton assistant principal Mary Sullivan in an e-mail.
The final retreat of the federal government from its responsibility to enforce the Brown decision will send a clear message to places like Gardendale. “If you can create a school system with racially inspired motivations, there is nothing stopping the return of segregation,” says U.W. Clemon, the civil-rights attorney and former judge.
Leslie Williams isn’t optimistic. She’s enrolling her second child at the middle school in Gardendale this fall, but she knows the rug could be pulled out from under her at any time. “From education to law enforcement, everything is a struggle for black families,” Williams says on a steamy summer afternoon as she weighs her options. “We have to teach our kids to play a game that is set up against them from the beginning.”