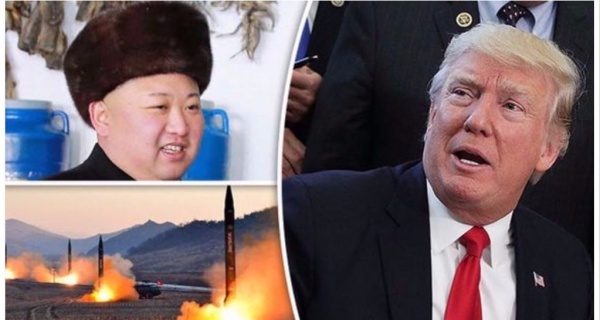 Date Posted: Tuesday, September 5th, 2017
President Trump is establishing a reputation for himself at the Threatener-in-Chief. Trump has said that if Congress won’t fund his border wall, he will shut down the federal government—a threat he quickly backpedaled. He has declared his own finances a “redline” in Robert Mueller’s Russia investigation, vaguely threatening to fire him, or Attorney General Jeff Sessions, if the investigation gets too personal. And then there’s North Korea. As Hurricane Harvey ravaged the Gulf Coast, 6,000 miles away, Kim Jong Un sent a ballistic missile flying right over Japan, America’s treaty ally, and followed that up with its sixth nuclear test. It was a slap in the face to both the president and his secretary of state, who had publicly praised North Korea for its “restraint” just days before. And it was a stark reminder that the North Korean nuclear problem is nowhere close to blowing over.