Reasons To Hate The Electoral College 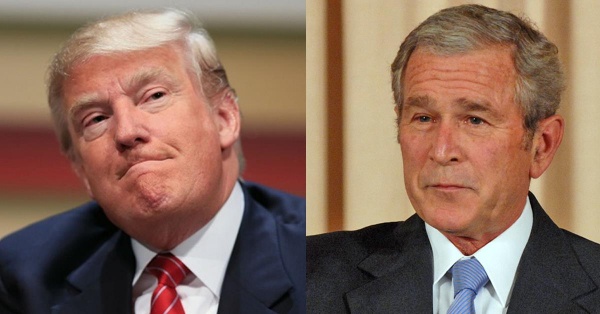 Date Posted: Tuesday, August 29th, 2017
Can’t remember who said it, but someone noted on Twitter this weekend that one of the worst things about the Electoral College is that it gives folks the impression that states are more politically homogeneous than they actually are.
Let’s take Texas, for example, since some people are saying, “Screw Texans! They voted for Trump!” in the context of aid for a flood of unprecedented proportions.
Making judgments about Texans based on the image below isn’t much different than putting credence in those stupid US election results maps Trump likes to hand out to mitigate the sting of his popular vote loss:
Yeah, Trump won Texas, but here are the results:
Turnout: 59%
Popular vote: Trump: 4,685,047 / Clinton: 3,877,868
Percentage: Trump: 52.23% / Clinton: 43.24%
And even if the vote tally had been more lopsidedly in favor of the odious orange fart cloud, you either believe in the power of government and collective action to weather national hardships, or you don’t. I do. I want my government to aid Texas, just as I want it to help California after earthquakes or New York after a storm like Sandy.
Now, if Chuck Schumer and Nancy Pelosi want to read the names of the Texas senators and reps who voted against aid for Sandy victims into the record before casting “yea” votes on the massive aid package that will be required to address the ongoing catastrophe in Texas, I am all for that. Rub those b******* faces in it.
But assist the people who need help, and don’t check their voter registration first.
The top reason to hate the electoral college, of course, is that it was a key factor in putting an incompetent demagogue in the White House. Trump is making George W. Bush’s cake-eating Katrina fly-by look almost media savvy:
There’s some angst that the Beltway press will seize on Trump’s response to the storm to proclaim the long-awaited presidential pivot — a not unreasonable fear that Doug explores in the post downstairs. Personally, I have no worries on that score. Today on Twitter, Trump quoted convicted felon Dinesh D’Souza to identify Antifa (“AnTEEfa!”) as the REAL source of violence in the US and retweeted some wingnut ass at Townhall to defend the pardon of fellow racist birther Arpaio.
Remember President Obama’s “Chill the f*** out — I got this” meme? We need an opposite meme for Trump.
Even a good president would have trouble managing a disaster on the scale of what’s happening in Texas, and Trump is a terrible president and an even worse person. He will f*** up materially and stumble into tone-deaf gaffe after breathtakingly arrogant, self-congratulatory statement. It’s who he is.
Most of the help for Texas will come from ordinary people on the ground and the collective action of our government. That a clueless a**hole is nominally in charge of the effort makes it that much more urgent for we citizens to do what we can and urge our elected officials to provide help in our names.
For our third and final reason to hate the Electoral College (for the purposes of this post — there are a gazillion other reasons!), you’ll need to prepare by applying a tiny molecule of rosin to the .0005 micron string of your most diminutive violin:
It’s a stretch to blame Trump’s nepotism hires on the Electoral College, but no EC, no Trump, no whiny-a** Javanka in the West Wing, so it’s good enough for a rhetorical device, IMO. Anyhoo, an excerpt:
It’s clear that, after an initial period of awe at the sheer power of their positions, Jared and Ivanka have been stung      by the vitriol directed at them… Increasingly you hear chatter in Washington that Jared and Ivanka won’t last, not        because they are at risk of being pushed out, but because they will save themselves from a damaged White House.      One well-connected strategist in New York told me that the two were eyeing a move at the end of the school year        in 2018. A person close to the couple said they weren’t planning that far ahead. “When they decide it’s more                important to protect their own and their children’s reputations than it is to defend their indefensible father’s, that’s     a sign the end is near,” one influential Republican donor told me.
Too late, a**holes. By the time S***-Midas is done, you might be reduced to ordering servants to bring in their offspring for play-dates, and your social circle may well consist exclusively of Murdoch media affiliates and plump, unfashionably dressed carbon industry families who vacation in Branson instead of Aspen.