Trump's Racist Views May Have Been Influenced By 1950's Textbooks 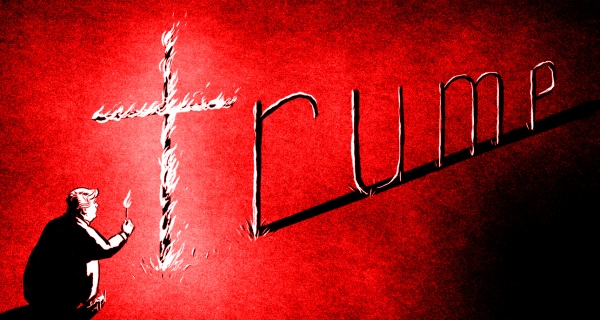 Date Posted: Monday, August 28th, 2017
In March, President Trump visited the Hermitage, a former slave plantation in Tennessee once owned by Andrew Jackson, to pay homage to his 19th century predecessor. For Trump and his then-chief strategist Steve Bannon, the parallels were irresistible: An agrarian populist from the Tennessee frontier, Jackson was the first to cast himself as the common man’s warrior against corrupt Washington elites and moneyed political interests.
But even more revealing than their similarities was how Trump viewed his predecessor's place in American history. In an interview a month after the trip, he alleged that Jackson, who died in 1845, could have prevented the Civil War:
"I mean, had Andrew Jackson been a little later you wouldn’t have had the Civil War. He was a very tough person, but he had a big heart. He was really angry that he saw what was happening with regard to the Civil War. He said, “There’s no reason for this.” People don’t realize, you know, the Civil War, if you think about it, why? People don’t ask that question, but why was there a Civil War? Why could that one not have been worked out?"
Historians today broadly agree that a slaveholding aristocracy was irreconcilable with the nation’s founding pledges of liberty and equality, and that decades of compromises between top American statesmen only delayed an inevitable confrontation. But the president’s view that the conflict could’ve been “worked out” would’ve fit at home in another place: the history classes of his youth.