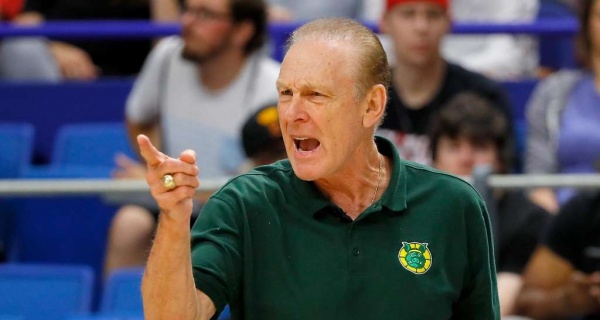 “It’s a disgrace to the world, to our country, what they’re doing," Barry, 73, told USA TODAY Sports on Sunday. “The scrutiny that he’s going under is absurd. It’s ridiculous. Politics has always been horrible and it’s even worse now than it was. What’s going on now is reprehensible.’’

Barry, who made the comments after coaching in Ice Cube’s Big3 event at Staples Center, suggested it’s time to end the federal investigation into possible collusion between Trump associates and Russia during the 2016 presidential election.

“How long does it have to go on?’’ Barry said of the investigation. “I mean, come on, they beat a dead horse. Let’s move on. Let’s try to go and do what’s good for the country.’’

Barry, initially asked about Trump condemning “many sides’’ for violence after the white nationalist march Saturday in Charlottesville, Va., at first said he wanted to talk about only sports. But then began expressing frustration.

“What’s going on in our country today, some of this stuff is reprehensible and embarrassing,’’ said Barry, whose pro basketball career spanned from 1965 to 1980. “I’m appalled by what happens in politics. … And it’s not just this administration. It’s all administrations.’’

Watch the video below, where Rick Barry refers to Bill Russell's smile, as a "watermelon smile".