Heather Heyer: 5 Facts About Her Life 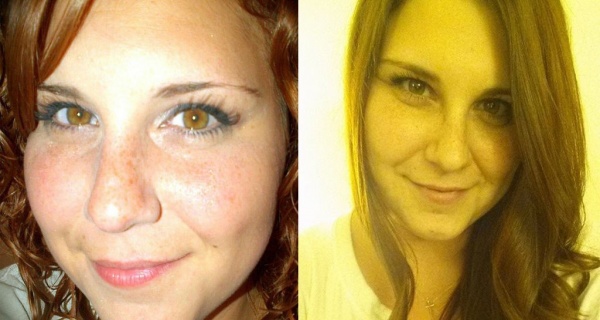 Police in Charlottesville, Va., have identified Heather Heyer, 32, as the woman slain Saturday when a man drove a car into people protesting a white nationalist rally.

White supremacists and neo-Nazis descended on the college town this week to rally against plans to remove the statue of Confederate General Robert E. Lee from a city park. Hundreds of others turned out to protest against the racist rallies.

Driver James Alex Fields Jr., 20, was arrested on suspicion of second-degree murder and other charges following the Saturday attack on counter-protesters. Along with Heyer, police say 19 people were injured in the attack. Two state police officers died in a helicopter crash en route to the protests.

Heyer was reportedly hit and killed by Fields as she crossed the street during the protests.

Here’s some information on her:

“She always stands up for what she believes in, and we had spoken about mixed race couples and families,” said Lauren Moon, who told the newswpaper she had been friends with Heyer since third grade.

2. She worked as a paralegal. A biography of Heyer on the website of Miller Law Group in Charlottesville says she had been part of the firm’s bankruptcy department for the past four years. She worked with clients to guide them through the process and handled bankruptcy paperwork.

“Heather takes pride in assisting clients on getting a fresh start to financial freedom and looks forward to many more years of helping clients find financial relief,” says the biography.

3. A quote on her Facebook page reads “If you’re not outraged, you’re not paying attention.” Heyer made the anonymous quote her cover photo on Nov. 19. In March she had posted a photo to her Facebook page appearing to support the presidential run of Sen. Bernie Sanders, I-Vt.

“She died doing what was right. My heart is broken, but I am forever proud of her,” Felicia Correa, a childhood friend speaking for Heyer’s mother, told the New York Daily News.

4. A GoFundMe page for her family raised $109,000 in less than 24 hours. The GoFundMe page was set up by Correa, her childhood friend, to provide for any needs of Heyer’s family following her death. The page had been shared 25,000 times on Facebook by Sunday morning.

5. Vigils for Heyer and other victims are planned across the nation. Rallies and memorials are planned in Los Angeles, Seattle, San Francisco, Pittsburgh, Denver, New York City and Chicago, reports The Daily Mail.