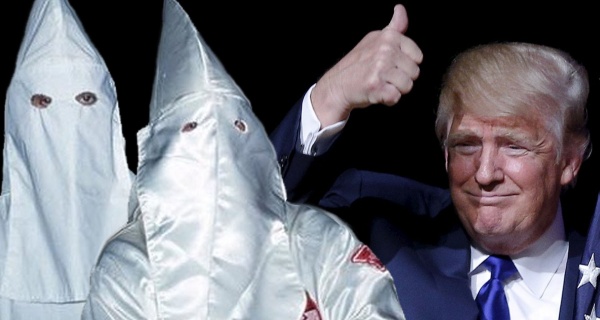 David Duke, the former KKK grand wizard, is unambiguous about what Saturday’s alt-right and neo-Nazi rally in Charlottesville, Virginia, means to him: It’s the fulfillment of President Trump’s vision for America.

The Charlottesville rally is nominally about the removal of a statue of Confederate General Robert E. Lee rather than anything in the Trump administration. But Duke was an enthusiastic supporter of Trump as far back as the Republican primary in 2016, and Trump’s reluctance to disavow that support was, briefly, a big issue.

Duke has remained a faithful Trump supporter since then, insisting that the president-elect’s policies line up with the former KKK leader’s vision for America.