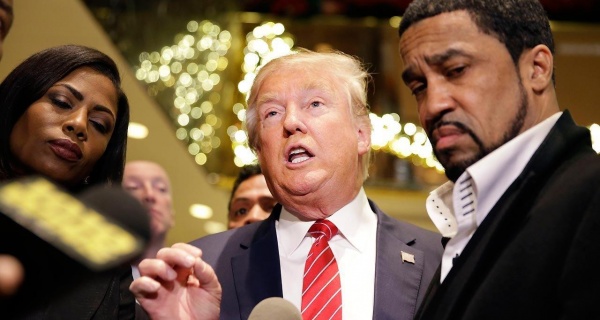 This is turning out exactly as many people feared.

A little less than a year ago, then-candidate Donald Trump made his pitch to black and Latino voters: “What do you have to lose?”

More than six months into his presidency, Trump is giving a very clear answer to that question: quite a lot, actually.

Most recently, the New York Times reported that Trump’s Justice Department is reportedly setting up a team to potentially investigate and sue universities whose affirmative action policies supposedly discriminate against students based on their race. If this leads to schools pulling back affirmative action programs, this will likely hurt both black and Latino students. The research shows that, at least in some states, black and Latino people — who are already generally underrepresented in universities — see their representation further decline if affirmative action is banned.

But this is only the latest thing the Trump administration has done to pull back racial justice and civil rights gains. Here are a few other examples:

Trump set up an “election integrity” commission to investigate, among other issues, voter fraud. The research, however, has shown time and time again that voter fraud is extremely rare to nonexistent. Still, the myth of voter fraud has been used to pass new restrictions on voting, which studies show disproportionately impact black and Latino voters. That seems to be what’s going on here, with Trump voicing his own support for strict voter ID laws and the commission setting the groundwork for voter roll purges.

The Justice Department has pulled back investigations of local and state police forces. The Obama administration aggressively pursued these types of investigations, finding that police departments often discriminated against minority residents and using the findings to push for reforms. Without the investigations, the federal government isn’t going to have as much of a role in reforming police misconduct and discriminatory practices.

Attorney General Jeff Sessions also asked prosecutors to begin enforcing mandatory minimum sentences even for low-level drug offenses, rescinding a memo from the Obama administration that asked law enforcement to lay off harsh punishments for people accused of nonviolent crimes. Historically, the harsh prison sentences have disproportionately impacted black Americans — with statistics showing that black people are more likely to be arrested for drug offenses even though they’re not more likely to use or sell drugs.

When you put this all together, a picture emerges of a Trump administration that is very actively working to roll back the racial justice and civil rights gains of the past several years and, particularly with voting rights and affirmative action, decades.

But here’s the thing: None of this should really be surprising to anyone. This is what Trump ran on, and a large reason his base supported him.

On the campaign trail, Trump was clear about his commitments to rolling back racial justice and civil rights gains, fashioning his campaign on a “tough on crime” and “law and order” platform that many racial minorities recognized as a dog whistle for racist policies.

For example, Trump advocated for raising mandatory minimum sentences for drug offenses in response to the opioid epidemic. He said police should be far more aggressive than they are today, particularly by using the controversial “stop and frisk” strategy that a court struck down in New York City because it was used to target minority Americans. And he suggested that Black Lives Matter protesters may need to be investigated by the Department of Justice.

Trump also consistently spoke out against “political correctness,” while making several racist and bigoted comments on the campaign trail. He proposed banning Muslims, an entire religious group, from entering the US. He argued that a federal judge overseeing the Trump University lawsuit should be disqualified because of his Mexican heritage. He regularly retweeted white supremacists and neo-Nazis. He called Elizabeth Warren, a sitting US senator, “Pocahontas.”

Much of this spoke to many rural white Americans’ sense that the civil rights and racial justice advances of the past few years have left them behind.

Arlie Hochschild, a sociologist and author of Strangers in Their Own Land, provided an apt analogy for how many white Americans feel: As they see it, they’re all in a line toward a hill with prosperity at the top. But over the past few years, globalization and income stagnation have caused the line to stop moving. And from their perspective, other groups — black and brown Americans, women — are now cutting in the line, because they’re getting new (and more equal) opportunities through new anti-discrimination laws and policies like affirmative action.

Never mind that there is a plethora of evidence that, in fact, racial minorities have it much worse in America. A recent study, for example, found that people are more likely to see black men as larger and more threatening than white men, even if the black men are not actually larger. And black and Latino Americans still trail white Americans in terms of wealth, income, and educational attainment.

Regardless of those facts, the view that white Americans are now the oppressed is one shared by many Trump supporters and Republicans.

So the Trump administration is now rolling back some of the progressive advances on race of the past few years — in order to, from its perspective, level the playing field. The reality is it will further tilt the playing field against black and Latino Americans.