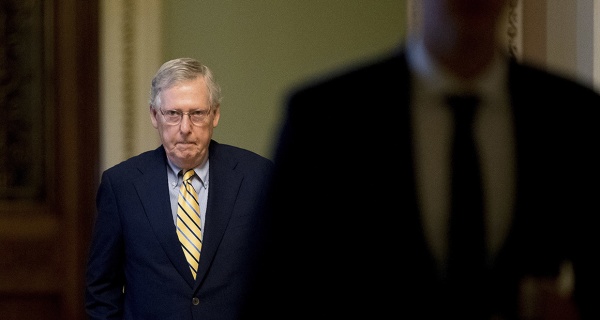 Here are some themes you'll see in autopsies for the (possibly temporary) death of Trumpcare:

—The lionization of John McCain, as though his vote was the only one that counted, and not the other two Republicans or the 48 Democrats who didn't waver on the bill.

—A lament that Republicans could not come up with a good bill in seven years of opposition to Obamacare.

—A heavy focus on the failures of leadership and tactics.

It's true Republicans had seven years to come up with an alternative to the Affordable Care Act. The House of Representatives passed dozens of repeal bills when the safety net of President Obama's veto made it meaningless, but once Republicans gained control of the White House and both houses of Congress – once it mattered – they couldn't agree on a solution.

There was virtually no leadership from the White House on what a bill should look like. Trump's campaign promise to "take care of everybody" disappeared faster than a snowball on the Senate floor. He made it clear he would have signed anything Congress sent to him; he was only interested in the political victory, not results.

That left it up to Congress to write the bill, and the result was predictably chaotic. Far-right Freedom Caucus Republicans fought with less conservative Republicans (let's dispense with the notion that they're moderates, please) over exactly how many millions of people should have their health care stripped from them. Horses were traded. American lives were little more than legislative chits. The House eked out a bill, and Trump celebrated on the White House lawn with the whitest group of people assembled since the Donny and Marie reunion tour.

Then it was up to the Senate, where the only solution Mitch McConnell could come up with to get the 50 votes he needed was no solution at all. The so-called "skinny repeal" bill would have destabilized health insurance markets while accomplishing exactly nothing.

Supposedly the plan was to go to a conference committee where House and Senate leaders would finally come up with a Republican health care plan that worked. But McConnell, Trump, Paul Ryan and the rest of the Republicans should be glad Democrats and three of their own killed that plan early Friday morning. They saved the GOP from itself.

There was no plan in that seven years, and there would have been no reasonable plan out of the conference committee, because a Republican health care bill is an oxymoron. The problem was never one of tactics, but always one of ideology.

Every bill Republicans put forth was measured in the millions of Americans who would lose their coverage. There was never a plan on the table that would have given Americans cheaper, better, simpler, more effective access to health care. It only subtracted, because subtraction is what the Republicans in Congress believe in.

They don't believe access to health care is a basic human right. They don't believe people should never go bankrupt because they get sick. They hide behind words like "freedom" and "personal responsibility," but what's freedom worth if you get cancer while making $30,000 a year? How can anyone who isn't fabulously wealthy be expected to take personal responsibility for bills that could easily go into the hundreds of thousands, or even millions, of dollars?

Republican faith in the free market to solve all our problems doomed any attempt at writing a health care law. The free market doesn't care if people get sick, go bankrupt and die if there's no profit in it. The Affordable Care Act was a last-chance effort to preserve a market-based health care system, based largely on ideas that originated in conservative think tanks. Its failures – and there are some – are largely failures of too little regulation, not too much. The plan Republicans have been fiercely opposing because it has a Democratic president's name attached to it is the closest thing they could ever get to a GOP health care plan.

Americans don't want to be kicked off our health insurance. We don't want it to become unaffordable, or to fail to cover our actual health care needs. But any plan that comes solely from the Republican Party will do exactly that. We know this because we just saw them try over and over again, and every result was the same: Less coverage, higher costs.

We should be moving in the opposite direction: toward a system that covers everyone cheaply and efficiently. Other countries have figured this out. It's time we figure it out too.