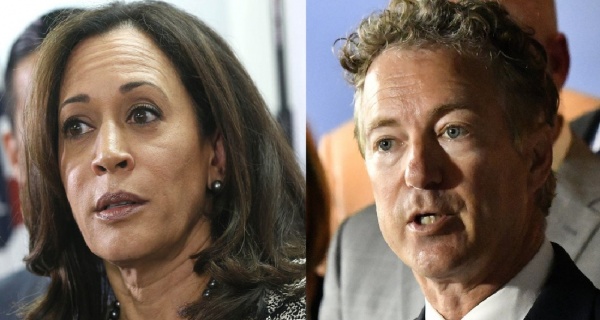 Kalief Browder, a 16-year-old New Yorker, was arrested on charges of stealing a backpack in 2010. To ensure he would show up for trial, and because of a previous offense, the judge set bail at $3,000. But his family could not afford to pay. So Mr. Browder was sent to jail on Rikers Island to await his day in court. He spent the next three years there before the charges were dismissed. Haunted by his experience, Mr. Browder hanged himself in 2015.

Our justice system was designed with a promise: to treat all people equally. Yet that doesn’t happen for many of the 450,000 Americans who sit in jail today awaiting trial because they cannot afford to pay bail.

Whether someone stays in jail or not is far too often determined by wealth or social connections, even though just a few days behind bars can cost people their job, home, custody of their children — or their life.

As criminal justice groups work to change sentencing and mandatory minimum laws, we must also reform a bail system that is discriminatory and wasteful.

Excessive bail disproportionately harms people from low-income communities and communities of color. The Supreme Court ruled in Bearden v. Georgia in 1983 that the Constitution prohibits “punishing a person for his poverty,” but that’s exactly what this system does. Nine out of 10 defendants who are detained cannot afford to post bail, which can exceed $20,000 even for minor crimes like stealing $105 in clothing.

This isn’t just unjust. It also wastes taxpayer dollars. People awaiting trial account for 95 percent of the growth in the jail population from 2000 to 2014, and it costs roughly $38 million every day to imprison these largely nonviolent defendants. That adds up to $14 billion a year.

Bail is supposed to ensure that the accused appear at trial and don’t commit other offenses in the meantime. But research has shown that low-risk defendants who are detained more than 24 hours and then released are actually less likely to show up in court than those who are detained less than a day.

It is especially troubling that our bail system does not keep us safer. In a study of two large jurisdictions, nearly half of the defendants considered “high risk” were released simply because they could afford to post bail.

Our bail system is broken. And it’s time to fix it.

That’s why we’re introducing the Pretrial Integrity and Safety Act to encourage states to reform or replace the bail system.

This should not be a partisan issue.

First, our legislation empowers states to build on best practices. Kentucky and New Jersey, for instance, have shifted from bail toward personalized risk assessments that analyze factors such as criminal history and substance abuse. These are better indicators of whether a defendant is a flight risk or a threat to the public and ought to be held without bail.

Colorado and West Virginia have improved pretrial services and supervision, such as using telephone reminders so fewer defendants miss court dates and end up detained.

These nudges work. Over the second half of 2006, automated phone call reminders in Multnomah County in Oregon, resulted in 750 people showing up in court who otherwise may have forgotten their date.

Instead of the federal government mandating a one-size-fits-all approach, this bill provides Department of Justice grants directly to the states so each can devise and carry out the most effective policies, tailored for its unique needs.

Enabling states to better institute such reforms also honors one of our nation’s core documents, the Bill of Rights. In drafting the Eighth Amendment, which prohibits excessive bail, the founders sought to protect people from unchecked government power in the criminal justice system.

Second, our bill holds states accountable. Any state receiving support must report on its progress and make sure that reforms like risk assessments are not discriminatory through analyses of trends and data. This will show that it’s possible to demand transformation, transparency and fairness.

Finally, this bill encourages better data collection. Data on the pretrial process is notoriously sparse. By collecting information on how state and local courts handle defendants, we can help guarantee that reforms yield better outcomes.

The Pretrial Justice Institute, an organization that works to change unfair and unjust pretrial practices, estimates that bail reform could save American taxpayers roughly $78 billion a year. More important, it would help restore Americans’ faith in our justice system.