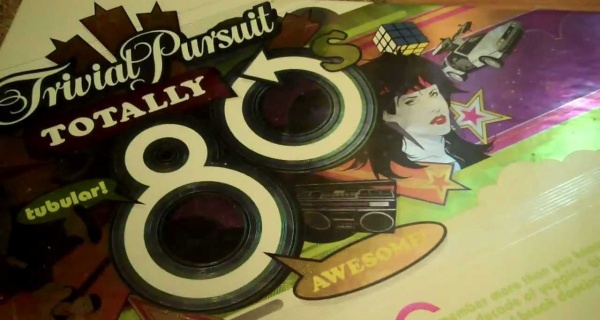 Before the invention of smartphones, Americans were forced to play boardgames and interact with each other face-to-face like cave people. One such game was Trivial Pursuit, which may very well have predicted the future. How so? One of the questions in the 1980s edition of the game (released in the late 2000s, long before Trump announced his candidacy) feels like it’s warning us about today.

Journalist Jon Keegan tweeted out these photos, showing a question that stings quite a bit in retrospect. The question? “What New Yorker said: ‘If the world goes to hell in a handbasket, I won’t lose a dollar’? The answer? Donald Trump.

Trump’s policies are systematically breaking up families through ICE arrests of non-criminal undocumented immigrants (up 40 percent from the same time last year), Trump is promoting the destruction of health care in the US (22 million people would lose their insurance under the Republican proposal) and Trump praises other like-minded authoritarians (he said it was an honor to meet Vladimir Putin).

All the while, he and his family are personally profiting from the presidency in ways that haven’t been seen before in modern American history. He’s fired the FBI Director who was investigating his possible collusion with Russian interference in the 2016 election, the top ethics watchdog quit while saying that the US had become a laughingstock, and people like his son-in-law Jared Kushner are constantly revising their security and financial disclosure forms after several omissions. And that’s all to say nothing of Trump’s attacks on the free press and steady torrent of baldfaced lies.

Donald Trump is obviously the worst president the United States has had in the past half century, but his quote from 1989 definitely rings true today. The world, or at least America’s corner of it, is going to hell in a handbasket, and Trump’s not going to lose a penny. In fact, he stands to become much richer with each passing day. Now Trump just needs to try and stay out of prison.