U.S. Pays Above Market Rent For Space In Trump Tower 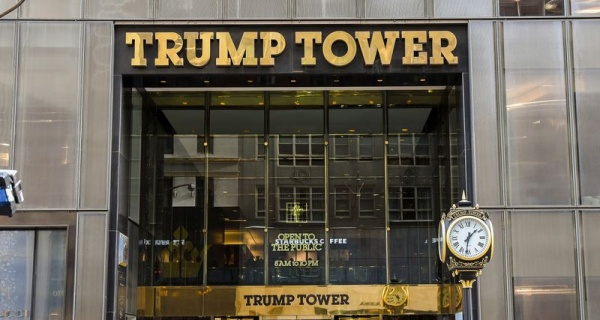 The U.S. government is footing a more than $130,000 a month bill for the military to lease an office space in Trump Tower housing support functions for the president, The Wall Street Journal reported Tuesday. Citing a contract released by the General Services Administration, the report said a $2.39 million lease was signed to rent a 3,475-square-foot space for the Defense Department from April 11, 2017, to Sept. 30, 2018. The government paid $180,000 for the last 20 days of April, and $130,000 a month from then on—well above the market rate for similarly sized apartments in the tower. The Pentagon announced back in February that it was considering renting a space in Trump Tower for a military office to support President Trump, but the rental figure was not previously disclosed. The rent money is said to be going to an undisclosed individual who is not affiliated with Trump.