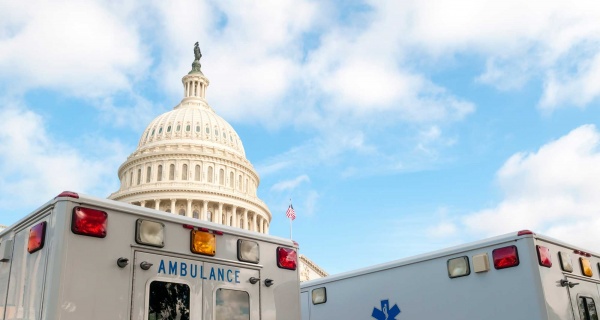 The revised Better Care Reconciliation Act was released today, and here’s the bottom line: It returns individual insurance markets to the bad old days when insurers competed on insuring the healthy and finding ways to avoid covering the sick.

There are a host of changes in the new BCRA, most of which leave the fundamental thrust of the legislation intact. But there’s one addition that genuinely changes everything.

So imagine you’re an insurer. As long as you offer some Obamacare compliant plans, you can also offer plans that deny people coverage for preexisting conditions, that don’t cover mental health benefits or pregnancy.

What will happen here is clear: The plans that have to offer decent coverage to anyone who wants it, no matter their health care history, will become a magnet for the old and the sick or the soon-to-be-sick, as they can’t afford, or perhaps can’t even buy, the other plans. That will drive premiums in those plans up, pulling younger, healthier people into the non-compliant plans.

The Senate bill thinks it has a fix: a roughly $200 billion fund to offset the costs of sick enrollees. So, in short, what the GOP bill attempts to do is to rebrand high-risk pools as Obamacare plans and make them subsidized dumping grounds for the sick and the old, while everyone else buys insurance in a basically unregulated market.

This is a very bad idea for anyone who is sick, has been sick, or is likely to get sick. It attacks the core changes Obamacare made to build insurance markets that serve the sick, the well, and, crucially, everyone in between.

Prior to the Affordable Care Act, insurers in the individual market worked to sign up healthier people and avoid sicker people. They did this in ways that were crude, like simply refusing to insure people with preexisting conditions, and ways that were subtler, like designing plans that made sense for the healthy but didn’t cover key services needed by the sick.

The Affordable Care Act ended all that. It standardized the benefits insurers had to offer, so they couldn’t design plans that didn’t work for the sick, and barred them from turning the sick away, or charging them more.

The BCRA reverts individual health insurance markets to their pre-Obamacare days. Under this legislation, an insurer who had some Obamacare-compliant plans could also craft plans that were, say, great for 30-year-olds with a low risk of cardiovascular disease, but terrible for 53-year-olds with high blood pressure and cholesterol, or that simply denied coverage to anyone over age 60 with a history of health problems.

The GOP’s answer to this problem is to try to quarantine sicker people off to the side in subsidized plans. But sickness is not a binary state. Yes, the sickest people, the ones who need health insurance most, will do whatever is necessary to get insurance, and the high-risk plans might work for them. But what about young women who insurers consider demographically likely to be pregnant in a few years? They’re not sick enough to be willing to pay the exorbitant premiums of the high-risk plans, but they’re also going to be up-charged by insurers scared of their future costs.

Or how about the 42-year-olds who aren’t sick now, but had health scares in the past? To insurers, they might be basically uninsurable outside a high-risk pool. But to the healthy-feeling 42-year-old, the cost of the high-risk pool may be exorbitant. And so they go uninsured, and then disaster hits.

And what kinds of insurance will actually be subsidized? Will people with serious illnesses and low enough incomes to qualify for Medicaid now be looking at plans with $5,000 deductibles?

Back in May, President Donald Trump said protections for "preexisting conditions are in the bill. And I mandate it. I said, 'Has to be.’”

Well, now the protections for preexisting conditions are gone. The GOP vision is of health markets where the very sick can buy unaffordable Obamacare-compliant plans that are, maybe, made affordable by subsidies, but most people are back in an insurance market where past allergies or future pregnancy or a history of knee problems will leave you basically uninsurable.