Number Of People Killed By Police Is Still A Problem 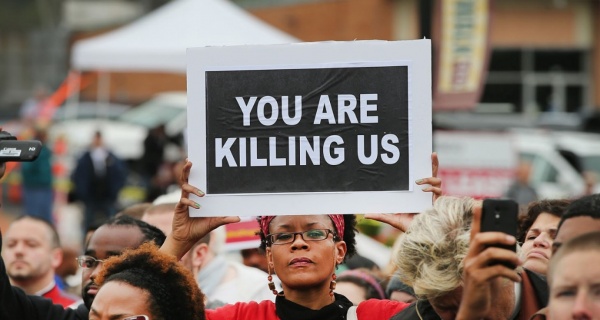 Over a span of two weeks, police officers in King County fatally shot four people, including a pregnant mother who was killed in her home with her children nearby.

That was in October.

During a two-week period in June, four people were fatally shot by police in Auburn, Burien, Kent and Seattle, a cluster that also included a mother killed in her home with her children nearby.

Community furor arose in the wake of the June 18 death of Charleena Lyles — a 30-year-old black woman with a history of mental illness and who relatives said was pregnant. In the days after Lyles’ death, Seattle saw protests, vigils and a community meeting that drew hundreds. Many, including City Councilmember Kshama Sawant, have expressed concern that the shooting will not be properly investigated by Seattle police.

Those events, coupled with deadly police shootings of people of color in other states, has contributed to a perception that such shootings are on the rise.

But a Seattle Times analysis of nearly 12 years of data, compiled from death records and police and news reports, shows that year-over-year, the numbers have remained fairly constant. In recent years, the number of people killed by police in King County reached a high of 10 in 2009 and a low of three in both 2012 and 2015, the Times data show.

And while people of color, particularly blacks, are disproportionately represented among the casualties based on population, there have been years when no minorities were killed. That happened in 2011, when all nine men shot dead by police were white, and again in 2015, when three white men were killed. In 2014, all but one of the nine men killed by police were white, according to the Times data.

In the past year and a half, however, most of those killed by police in King County were people of color.

In 2016, three of the eight people fatally shot by police across King County were white, while the others were black, Asian, Native American and Hispanic.

So far this year, none of the seven people killed by police officers in King County has been white.

The vast majority of those killed by police in King County have been armed — usually with guns and knives — or have been in situations where police say a vehicle could be used as a weapon, the Times data show.

The deadly police shootings, particularly of people of color, have prompted the launch of a proposed statewide initiative that would require more mental-health and de-escalation training for law-enforcement officers and make it easier to prosecute them when misuse of deadly force is alleged.

Washington law says an officer can’t be convicted of a crime if he or she acted in good faith and without malice, or what the law calls “evil intent,” when using deadly force — a standard that makes it nearly impossible for prosecutors to pursue charges in such cases.

“We’re talking low numbers here to begin with … Four don’t really constitute a pattern. I would attribute it to chance that they happened like that,” Matt Hickman, an associate criminology professor at Seattle University who studies police use-of-force issues, said of the June fatalities.

The Washington Post, which in 2015 began tracking all fatal officer-involved shootings in the U.S., reported this month that nationally, the number of people killed during the first six months of the year also has remained fairly constant compared with 2015 and 2016.

According to The Post, police nationwide shot and killed 492 people from January through June, a number nearly identical to the count for the same period in each of the prior two years.

“These numbers show us that officer-involved shootings are constant over time,” Geoffrey Alpert, a criminologist at the University of South Carolina who has studied police use of force, told The Post. “Some places go up, some go down, but it’s averaging out. This is our society in the 21st century.”

The Post found that one in four people killed this year by police were mentally ill.

Hickman and Mitch Barker, the executive director of the Washington Association of Sheriffs & Police Chiefs, agreed that interactions with people in mental crisis or suffering from mental illness represent the biggest challenge for modern police.

“It’s a broad spectrum. It’s massively wide,” Barker said of the variety of mental-health issues, often compounded by the use of drugs and alcohol, that officers see on the streets.

“It dominates all of our discussions, the huge increase in the number of people who are mentally ill and people reacting to substances,” Barker said.

He said some people seem to think police should be able to diagnose someone on sight, but that’s not realistic, even with training to help officers de-escalate situations with the mentally ill.

The white Seattle police offices who shot and killed Charleena Lyles — Steven McNew, 34, and Jason Anderson, 32 — both had received crisis training, and McNew had advanced training. However, both officers said Lyles’ demeanor abruptly changed as they spoke with her in her small apartment and that she then threatened them with a knife or knives.

The shooting remains under investigation by Seattle police.

Anderson also is under internal investigation for violating department policy by leaving his uncharged Taser in his police locker for more than a week leading up to Lyles’ shooting. Seconds before the shooting, McNew called out for Anderson to use his Taser on Lyles, and Anderson replied that he didn’t have it.

Kim Mosolf, an attorney with Disability Rights Washington, one of the community, union, tribal and advocacy groups behind the proposed statewide initiative, said the eight hours of crisis-intervention training that state law now requires for police aren’t enough. The initiative would increase the training for officers.