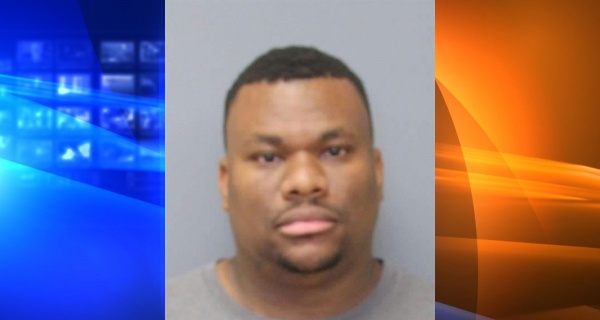 A middle school aide and track coach who police said is HIV-positive­ is accused by authorities of molesting at least seven boys at his school in Southern Maryland and his home. Authorities said they are searching for additional victims.

Charles County State’s Attorney Anthony B. Covington — who called the suspect a “predator” — said at a news conference that videos seized from the aide’s personal electronic devices “are chock full of evidence of sexual assault.”

Carlos Deangelo Bell, 30, who worked at Benjamin Stoddert Middle School in Charles County, was put on leave in December when allegations first surfaced. He was arrested Friday and charged with three felony counts of producing child pornography and two misdemeanor counts of assault.

It is unclear how many children were involved in the initial charges, but officials said the investigation is quickly growing and additional charges that include sexual assault are forthcoming.

Authorities said they have identified seven boys who they believe were victimized at the middle school in Waldorf, at the suspect’s home or elsewhere. Some of the seven are students or former students. Bell’s links to others are being investigated. The school has 693 students.

Charles County Sheriff Troy D. Berry described the alleged crimes as “very awful and very heinous against children of our community.” He said that “some of the evidence includes graphic images of Bell sexually assaulting victims.” Police also said they have evidence that Bell has HIV, the virus that causes AIDS.

The FBI has set up a hotline — 800-CALL-FBI — dedicated to this case and are urging any parent whose children had contact with Bell to call.

“We have not charged everything we could at this point,” Covington said. “The sheriff’s office is still in the process of trying to identify all of the youngsters involved and to interview them.”

Diane Richardson, the spokeswoman for the Charles County Sheriff’s Department, said four of the boys have been found and two have tested negative for HIV. Two others have not yet been tested. She said police are working to find and notify the other three.

Authorities would not say how many videos or images were seized.

“In an organization that is all about children, these allegations are horrifying,” said Charles County Schools Superintendent Kimberly A. Hill. “To our parents and our community who put their trust in us to safeguard their children, I apologize. School safety is No. 1 and clearly we have work to do to ensure that this will never happen again.”

Bell lives in a small bungalow-style house on Jonathan Court, less than one mile from the middle school, separated by a shopping center and St. Charles Parkway. Charles County is about 35 miles south of Washington, across the Potomac River from Dale City, Va. A relative of Bell’s reached Monday declined to comment.

Bell appeared Monday for a hearing in Charles County Circuit Court and was ordered held without bail. His attorney was not listed in online court records.

The school system said Bell was a temporary instructional assistant at J.P. Ryon Elementary from September 2014 to March 2015 and worked as an instructional assistant at Benjamin Stoddert from March 2015 until Dec. 22, 2016. Bell was the indoor track coach at Maurice J. McDonough High during the 2015-2016 school year and coached the indoor track team at La Plata High from November 2016 to December 2016.

Hill, the schools superintendent, said the system did two background checks on Bell when he was hired in 2014, which included running his name and fingerprints through a database of criminal records. She said, “Bell’s screening came up twice with a clean record.”

Police said the investigation began in December when a parent of a track team member at La Plata High noticed a text message from Bell on her son’s phone that was “sexual in nature.”

The mother called the sheriff’s office and Richardson said police notified the middle school, where Bell worked at the time. She said the school system “immediately put him on administrative leave” and barred him from campus.

Covington said it does not appear that the student “fell prey to sexual assault himself.”