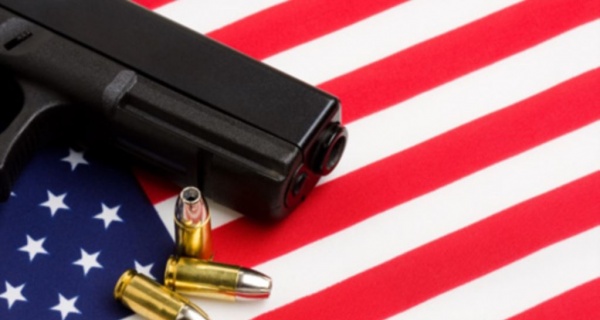 Rampage attacks, like the one that left a Louisiana congressman in critical condition last week, are horrifying, and to victims and families, devastating. But they are not an especially good proxy for understanding the epidemic of gun violence in America.

In any given week, there are over 200 more gun homicides than the worst mass shooting in American history — the massacre of 49 people at Orlando’s Pulse nightclub in June 2016. These “everyday” victims of gun violence are shot by rivals, friends, strangers, family members, and even children.

This understanding is one of the very first we reached when we launched The Trace, two years ago this week. It has shaped our coverage and led us to many more truths. Here are 14 that have surprised us the most.

1) There’s not really a federal ban on gun-violence research.

It’s a common refrain among gun-reform advocates, lawmakers, and the press: The federal government has explicitly banned research on gun violence. But that’s not what the law says. In 1996, at the behest of the National Rifle Association, Representative Jay Dickey of Arkansas inserted a measure into an appropriations bill that barred the Centers for Disease Control and Prevention from funding research to “advocate or promote gun control.” While that clause does not explicitly prohibit the agency from conducting gun-violence research, senior CDC officials chose to interpret it as a prohibition because they feared political retribution.

2) There are more murders in Chicago each year than in New York and Los Angeles combined. But it isn’t the deadliest large city in America.

There is no American city more synonymous with gun violence than Chicago. Last year, the city recorded 762 homicides, and more than 3,000 shooting incidents — the most in more than two decades. But on a per-capita basis, Chicago’s homicide rate is lower than seven other cities. In St. Louis, for instance, the homicide rate is twice as high as it is in Windy City.

At least 6,875 people in the U.S. were fatally shot by romantic partners between 2006 and 2014, an analysis by the Associated Press found. Eighty percent of those victims were women. We did the math: that works out to at least 554 women fatally shot by a current or former romantic partner during the nine years examined — or one every 16 hours.

4) Violent gun crime varies even more within American cities than between them.

The homicide rate in New York City, which has plunged dramatically since the mid 1990s, approached historic lows in 2016, registering at 3.9 per 100,000 residents. Chicago’s rate soared, to 28.6 per 100,000. But citywide statistics can be deceptive, obscuring the true lived experience of gun violence. About a dozen neighborhoods in Chicago didn’t experience a single homicide. In others, like the Austin neighborhood, the homicide rate was nearly three times that of the city as a whole.

And in New York, there are neighborhoods where gun violence still has a strong grip, even as the city as a whole has grown significantly safer. This dynamic is sometimes known as “murder inequality.” Understanding the huge disparity in homicide rates is vital: it can provide policy makers, law enforcement, and violence interventionists with a blueprint for where resources are needed most.

5) There’s probably been a shooting near where you live.

In a collaboration with Slate, we mapped every reported incident of gun violence in America from June 13, 2015 to June 13, 2016. Our map shows that while shootings are disproportionately clustered in a handful of cities, almost no community in the country is completely free of gun violence.

6) The NRA is dominant at the state level.

Over the last decade, the National Rifle Association has successfully pushed a host of state legislatures to roll back long-standing restrictions on guns. Across the country, laws have been enacted that allow firearms on college campuses and into churches and bars; in a dozen states, permits are no longer required to carry concealed handguns. One reason for these major shifts, which often don’t enjoy widespread public support, is the NRA’s influence over state lawmakers. Currently, a majority of legislators in 32 states have a grade of A- or better from the gun group.

7) America has more guns than cars. And more gun stores than coffee shops.

American gun ownership has radically changed in the past two decades, defined now by the sheer ubiquity of civilian-owned firearms. The National Firearms Survey, conducted by public health researchers at Harvard and Northeastern universities, was the first comprehensive measure of gun owners’ habits and attitudes since 1994. It found that Americans own approximately 265 million firearms, an increase of 70 million since the last time such a survey was conducted. Most of that increase was due to a surge in the popularity of handguns, as more Americans buy weapons primarily to defend themselves from others rather than to hunt. A gun-hungry America is served by approximately 60,000 licensed gun retailers — almost double the number of coffee shops in the country.

Two-thirds of the 33,000 annual gun deaths in America are suicides. And rates are increasing. Between 1991 and 2015, the gun-suicide rate rose in 21 states. The greatest leaps were in Alaska and North Dakota, with notable jumps in Oklahoma, Delaware, and New Hampshire. Research suggests a connection between a state’s gun regulations and its suicide rate, according to a study by the Boston University School of Public Health. States with stricter-than-average rules tend to have lower firearm-suicide rates, while states with fewer regulations (and lower populations) experience higher rates.

9) Gun thefts appear to be the rise, and cars are especially hot targets.

The Trace gathered statistics from more than 100 major cities that collectively tallied at least 57,700 firearms reported swiped from vehicles between 2006 and 2015. San Antonio, Texas, and Atlanta each counted more than 850 guns stolen from vehicles in 2015 alone. That is more than two per day. The Harvard and Northeastern study estimates that 380,000 firearms are stolen in the United States every year — and that carrying firearms outside the home or storing them in cars more than doubles the chances of theft.

10) The NRA is so much more than just a gun-rights organization.

Over the last seven years, the NRA’s core purpose has broadened considerably. While still preoccupied with gun rights, the NRA has evolved into a de facto organ of the Republican Party, devoting a huge portion of its vast monetary resources to preserving and expanding GOP power. In 2016 alone, it spent over $30 million to help elect Donald Trump — more than any other outside group — and another $20 million on Republican Senate candidates. In February, the NRA officially appointed itself President Trump’s chief defender, calling on its members to take part in a “counter resistance” movement against the administration’s detractors.

11) Magazine capacity may be the best indicator of a gun’s lethality.

In some cities where shootings have spiked over the past few years, like Baltimore, police are noticing a disturbing trend: firearms turning up at crime scenes are equipped with larger and larger magazines. Using a gun with a high-capacity magazine enables shooters to fire more rounds before stopping to reload. Some policy experts say a gun’s ability to fire more rounds in quick succession is more deadly than its make or model. According to one study, assault weapons and/or guns equipped with high-capacity magazines were used in 64 percent of mass shootings from 1984 to 2016, and killed more than three times the number of people than those shootings committed with smaller magazines.

Earlier this year, researchers updated one of the most divisive statistics in the gun debate: the percentage of gun owners who purchase weapons without undergoing a background check. They found that just 22 percent of owners who acquired a gun within the past two years reported doing so without screening. That’s a significant drop from the 40 percent statistic used by politicians and researchers for more than two decades.

13) A child dies in an accidental shooting every week.

Young children shoot themselves or each other with alarming frequency. On average, one child under the age of 12 dies every week from an accident involving a gun. Typically, the firearm belongs to an adult, who left his or her firearm unsecured and readily accessible. Yet only 14 states have laws that require adults to store their weapons in such a way that children cannot access them. The NRA is adamantly opposed to safe-storage bills, and lobbies extensively against them. Between 2012 and 2016, 11 states tried to create safe-storage laws, and none were successful.

14) For every person shot and killed, two more are wounded by guns and survive.

Each day, approximately 93 Americans die from a gunshot wound. That figure, while alarming, obscures the true toll of gun violence. Guns wound significantly more people than they kill. In 2014, there were an estimated 33,000 gun deaths, and 81,000 nonfatal gun injuries. Because the CDC relies on estimates culled from hospital data, we still don’t know the total number of people living with a gunshot injury in the United States. To illuminate the challenges faced by this vast, underserved population, The Trace launched an ongoing series about gunshot survivors, as well as a survey so they can share their experiences directly.