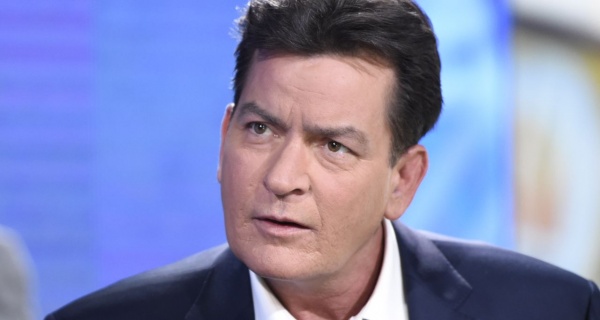 An ex-girlfriend of Charlie Sheen has filed a lawsuit accusing him of exposing her to HIV, and then dissuading her from taking antiretroviral drugs.

Neither Sheen nor the ex-girlfriend are identified by name in the suit, which was filed Thursday in L.A. County Superior Court. However, the defendant — referred to as “confidential male defendant” — is said to have learned he was HIV positive in 2011, and given national TV interviews about his HIV status on Nov. 17, 2015, and June 21, 2016. Sheen learned he was HIV positive in 2011, and he publicly revealed it on “The Today Show” on Nov. 17, 2015. He gave an update on the program on June 21, 2016.

The plaintiff is identified only as Jane Doe, and is described as a “Russian émigré.”

This is the second time that Sheen has been sued for allegedly exposing an ex-girlfriend to the virus. Scottine Ross, his ex-fiance, filed a similar suit in December 2015, alleging physical and emotional abuse in addition to HIV exposure. That suit was referred to arbitration.

According to the new lawsuit, the plaintiff met Sheen in September 2015, and they quickly began a sexual relationship. She says she asked him whether he had any sexually transmitted diseases, and he repeatedly assured her that he was “fine.” She says that at first, they used latex condoms but they did have unprotected oral sex. On Oct. 26, 2015, they had unprotected intercourse for the first time, she alleges.

Afterward, she says that Sheen told her that he was in fact HIV positive, and gave her two pills to prevent transmission. The plaintiff became alarmed and upset, and sought emergency medical treatment the next day. She was told she would have to take antiretroviral medication for several weeks.

A few days later, she and Sheen argued about the exposure, according to the suit. He blamed her for the exposure and told her he was “noble” for telling her about his HIV status at all. He also said he had not previously disclosed his HIV status because it was “none of [her] f—ing business.” He also told her that the drugs she had been prescribed were unnecessary, and told her not to believe “the convenient rumors of the medical community.”

He also made bizarre statements, according to the suit, including that “Apocalypse” had “cleansed” her soul and that he could “see the future,” and she was going to be fine.

“This is more about … not if, but when you do come down with this [HIV], that we’re together and at least we have each other,” the suit quotes him as saying.

In addition, the suit alleges that he made repeated use of the n-word, describing himself as “the dumbest f—ing n—– in the room.” He also referred to other women he had slept with and who were threatening him with legal action over HIV exposure as “f—ing n—–s” who had committed “treason,” which was “punishable by death.”

The new lawsuit explains that the defendant is not named because the plaintiff signed a non-disclosure agreement. Gary Dordick, the plaintiff’s attorney, is seeking to invalidate the agreement on the theory that it was coerced.