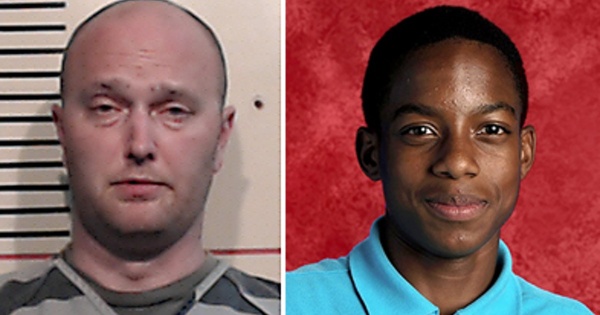 Roy D. Oliver II, the white police officer who was fired and charged with murder after killing an unarmed black teenager in April in a Dallas suburb, is facing a new round of legal problems after a complaint that he pulled his gun on a driver about two weeks before the shooting.

A grand jury indicted Mr. Oliver on two counts of aggravated assault with a deadly weapon by a public servant, the Dallas County district attorney said on Friday.

Mr. Oliver was fired from the Balch Springs Police Department after he shot and killed Jordan Edwards, a 15-year-old high school freshman, as Jordan and four other teenagers drove away from a house party on April 29. Mr. Oliver used a high-powered rifle to fire into the vehicle, shooting Jordan in the head as he sat in the front passenger seat. Mr. Oliver was charged with murder on May 5, and the Balch Springs police chief said he had violated department policies.

Mr. Oliver’s new charges stem from a car accident in Dallas 13 days before Jordan was killed. Mr. Oliver was off duty and not in uniform at the time.

A driver, Monique Arredondo, was taking her two sisters and her niece to a birthday party at her grandparents’ house when her car struck Mr. Oliver’s truck from behind. Ms. Arredondo said in an interview that Mr. Oliver startled her when he left his truck and came toward her with his gun pointed at her head while she sat in her car.

“What was going through my mind was that I was about to die in front of my two sisters and my niece,” Ms. Arredondo said. “He had an attitude, and I told him I was not going to give him anything until he got the gun out of my face.”

She added, “He’s getting what he deserves because he doesn’t have the right to pull a gun on me because I hit the back of his truck.”

Each charge carries a punishment of five to 99 years in prison.

On Friday, Mr. Oliver turned himself in and was booked at the county jail and released. His bond for his three pending charges is $700,000.

The confrontation in Dallas in April was one of a handful of incidents in recent years in which Mr. Oliver appeared to have problems controlling his anger.

Mr. Oliver, 37, had been an officer in Balch Springs, a working-class suburb east of Dallas, since 2011. He went into police work after serving as an infantryman in the Army and being deployed to Iraq twice.

In 2013, Mr. Oliver was reprimanded by Balch Springs police officials for aggressive and unprofessional behavior while working with Dallas County prosecutors as he served as a witness in a drunken-driving case. The district attorney’s office filed a complaint about his conduct. It said Mr. Oliver was angry he had to be there and used profanity during his testimony. Balch Springs suspended him for 16 hours and ordered him to attend anger management sessions.

In another episode noted on an annual evaluation in January, a sergeant remarked that Mr. Oliver was “disrespectful to a civilian on a call.” The sergeant described the behavior as an isolated incident and wrote that Mr. Oliver “needs to be mindful that he does possess a leadership role within the department and must display it at all times.”

Mr. Oliver’s lawyer did not respond to numerous requests for comment. Linda Oliver, Mr. Oliver’s mother, said in a brief interview that her son’s behavior toward Ms. Arredondo was out of character and that he did not have a history of anger issues.

“I don’t know what to make of this,” Ms. Oliver said of the new charges.

Daryl Washington, the lead lawyer for the Edwards family, said they were pleased with the grand jury’s action.

“The evidence clearly shows that this guy was out of control,” Mr. Washington said.

Officers with the Dallas Police Department responded to the incident between Mr. Oliver and Ms. Arredondo; their version of events differed greatly from hers.

The Dallas officers found Mr. Oliver with his handgun holstered on his hip and his police badge clipped to his belt, according to a Dallas Police Department statement. Mr. Oliver told officers that he had had his gun out in a “low ready” position and had identified himself as a police officer because he thought Ms. Arredondo might have been reaching for a weapon or trying to flee. The officers determined that no offense had occurred but filed two reports about it.

According to the police statement, Ms. Arredondo told the officers that Mr. Oliver did not directly point his weapon at her but held the gun at his side pointed at the ground.

Ms. Arredondo denied saying that to the officers.

“The gun was pointed at my head,” she said. “It was not in a downward position. I never said that to anybody. It’s a lie. He did not have his badge showing. All I saw was a bald man with dark black sunglasses and a gun in his hand.”

Ms. Arredondo said that her 13-year-old sister, who was in the back seat, cried during the confrontation, scooted away from the window and started calling out for her father.

“I could have reached out and touched the gun,” she said.