In Another Blow To Needy, Trump To Charge Stores For Accepting Food Stamps 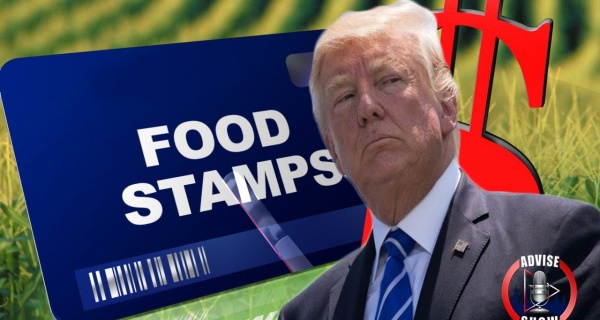 The White House proposal to overhaul the U.S. food stamp program — and the deep cuts it would make to benefits for the poorest households — has sparked public outrage on both sides of the aisle. But there's another change tucked into the proposal that businesses say caught them off guard — and could wind up costing them more than $2 billion.

That provision is a new fee that the White House wants to charge retailers that accept food stamps, which is now known as the Supplemental Nutrition Assistance Program.

The Office of Management and Budget said the fee would be assessed when stores sign up and would require renewal after five years. The budget office said the amount would depend on the size and type of retailer, but the president's budget estimates that the fee would generate $2.4 billion in revenue over the next decade.

An OMB official described the fee as "modest" and "reasonable," emphasizing that some large retailers redeem a billion dollars or more in food stamp benefits each year.

"Although a small number of stores may choose to leave the program rather than pay the fee, we do not expect that this will affect access to authorized stores," the official said.

The proposal surprised the grocery industry, which is already fighting to block the controversial border adjustment tax on Capitol Hill. That measure would lower the cost of exports but raise the price of imports and has been widely opposed by chain retailers. Trump's food stamp fee, however, would fall squarely on supermarkets.

Grocers oppose the "flawed policy of imposing fees on food retailers in order to reduce the cost of the federal government's nutrition assistance benefits to the most needy in our society," said Leslie G. Sarasin, president of the Food Marketing Institute, which represents the industry.

Beyond the new fee, the Trump administration is proposing $191 billion in cuts over the next decade to the food stamp program. The U.S. budget office said the reductions would come from tightening the work requirement to qualify for the benefits, but said the details would be left up to individual states. The administration also expects states to make up some of the lost funding.

The existing system "is a formula for waste and growth rates and costs that are simply unsustainable," budget director Mick Mulvaney said during testimony on Capitol Hill last month. "The total spending should not go down. Or if it does, it goes down because of efficiencies and not because of reductions."

But the proposed changes are already running into obstacles on Capitol Hill — even among Republicans. Rep. Michael Conaway of Texas and Sen. Pat Roberts of Kansas, the chairmen of the House and Senate agriculture committees, have signaled they would fight the measure.

"We need to take a look at our nutrition assistance programs to ensure that they are helping the most vulnerable in our society," they said in a statement.

Food stamps accounted for about 5.8 percent of the estimated $669 billion in annual sales at grocery stores, according to the Food Marketing Institute. But for some retailers, it accounts for a much larger share of revenue. Wal-Mart is the largest supermarket in the country, and retail analyst Craig Johnson of Customer Growth Partners estimates it rings up $16 billion in food stamp sales each year. That accounts for about 23 percent of federal spending on food stamps.

Wal-Mart declined to comment. But after the government restricted food stamp benefits in 2013, the company reported a 0.9 percent hit to its quarterly grocery sales.

"They may be calling it out as an excuse for underperformance," Johnson said. "But it will be a small marginal impact."

Walmart is a massive retailer that can weather those small hits, but grocers overall operate on notoriously thin margins. Smaller stores — particularly the bodegas and independent retailers that serve poor neighborhoods — would likely feel more pain.

"Certainly, they would see it in their bottom line," said Brian Lang of The Food Trust, a Pennsylvania nonprofit. Lang directs a campaign to make healthy food more accessible. "Implementing cuts to that extent are going to have stark consequences for retailers, especially in low-income communities."