What Does Trump's Withdrawal From Paris Accord Mean? 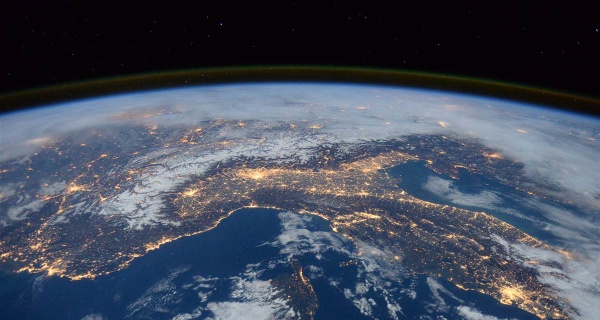 President Donald Trump announced on Thursday that the United States will withdraw from the Paris Agreement. The move set off a wave of outrage from environmental groups, international allies and business leaders, while earning raves from conservatives.

But what does it mean for the planet?

To walk us through the broader implications, NBC News turned to Dr. Ben Sanderson, a scientist at the National Center for Atmospheric Research in Boulder, Colorado, who researches the effects of climate change. Below is the resulting conversation, conducted via email and edited for length and clarity. (Sanderson supports the Paris Agreement, but is not active in political efforts surrounding it.)

Q: Your work focuses on assessing the risks of climate change. Give me a sense of the range of outcomes: What's our best-case scenario and worse-case scenario as a planet and how much could the Paris withdrawal affect them?

SANDERSON: The risks associated with climate change scale very well with the level of global average warming. The warmer the planet gets as a whole, the more dramatic changes will be.

The Paris temperature targets really set the lower bar, i.e., the best case scenario of 1.5 degrees C of warming. In order to achieve this, it would require instantaneous global cooperation and a radical restructuring of the world's energy and transport infrastructure within the next couple of decades. Following that, it would require the development of technologies which could remove carbon dioxide from the atmosphere at large scale. In other words, such a temperature goal requires huge assumptions about future mitigation potential and technological development.

Even this 1.5 degree goal would represent a notable climate shift, with significantly increased heatwave frequency in most regions and long term increases in sea level of at least a meter. The worst-case scenario, however, would be a scenario where there is no mitigation action, and emissions continue to rise for the remainder of the century, limited only by fossil fuel availability.

Such a scenario would see the world warm by 4-6 degrees C by the end of the century, and by up to 12 degrees in the long term. This would correspond to a shift in climate which would usually take place over tens of millions of years over the course of a single lifetime and would vastly change the climate envelopes to which species today are adapted and lead to a mass extinction event. The ice sheets would ultimately melt, and sea levels would increase by 3-5 meters by 2300, completely submerging many coastal cities.

Q: Let's say the Trump administration does nothing to encourage reducing greenhouse gas emissions over the next four to eight years. Can the next president simply restart those efforts or will the president's inaction constrain their future options?

SANDERSON: The pause in action alone would translate into additional long-term warming. If the U.S. does nothing for eight years, the associated emissions would correspond to 50 billion tonnes of CO2, which would translate to long term warming of ~0.1 degrees C. But the risk is that other countries will use U.S. inaction as an excuse to relax their own efforts — which would mean the world would certainly overshoot the Paris 2 degree temperature ceiling.

Q: Former President Obama predicted yesterday that American cities, states, and businesses would fill the Trump administration's gaps on climate policy. Is he being overly optimistic?

SANDERSON: Not entirely. Given that [the Obama administration's Clean Power Plan] was already planned for removal, there was little in the way of federal policy to enact U.S. mitigation. In that sense, the efforts were already coming from cities, states and businesses and certainly the fact that these efforts will continue will have some effect.

However, there are some issues which will likely need federal legislation to reduce emissions to the extent needed to be in line with a 2 degree future. Emissions from the transport and energy sectors (the largest two sources in the U.S.) can only be reduced to a certain degree without federal regulation.

SANDERSON: Both extremes are over-dramatic. The success of Paris was tied to the fact that the first round of commitments didn't require nations to do very much, but when all parties could observe that the other major players were doing their bit, then ambition could be ratcheted up. Therein lies the danger of the US departure, because the world's greatest historical emitter has left the agreement, the mutual assurance that all parties are acting has now gone.

But this does not necessarily translate to a planetary disaster. The U.S. withdrawal, so far, has acted to unify the remaining signatories, at least creating the potential that the rest of the world will keep the course of their mitigation commitments.

Q: The president argued that the economic costs of abiding by the agreement were too great to bear. Is he right that Americans would need to make substantial sacrifices to meet its goals?

SANDERSON: I don't think so. The economic argument made during the announcement was one sided. While it considered jobs in mining and steel production, it didn't mention the clean energy sector and external inefficiencies which are already reducing coal use. The arguments also failed to consider the wider economic repercussions of the U.S. losing its ability to define the terms of global mitigation efforts and its place as a world moral leader.

Q: The president also cited an MIT study (its authors say incorrectly) to argue that even if every country were to reach its emission targets, it would still fall far short of its goal of preventing a 2 degree Celsius increase in temperature. What do you make of this critique?

SANDERSON: This is partly true — the current emissions goals do not get the world to 2 degrees, but again [it's] missing the point that the initial Paris commitments are not meant to be final and mitigation would be increased conditional on global enactment of the initial goals.

Q: One regular complaint about the Paris Agreement from Trump and others on the right is that they expect developing countries like China and India to ignore it and use dirtier forms of energy anyway. Does that appear to be what's happening?

SANDERSON: The long-standing problem in climate negotiations is that developed countries argue that all actors should reduce emissions at the same rate, while developing countries argue that the developed countries have already benefited from dirty fuels, so they should be allowed to do the same. Hence, the solution in Paris was that development should be slowed where possible and developing countries would be compensated for their inability to burn coal through the green climate fund.

However, since Paris, both India and China are moving faster than required towards renewable energy, and so in many ways it's unfair to label them as not pulling their weight. But this entire debate is a delicate matter in international relations, which is why it was so stunning that the Paris Agreement happened in the first place.

Q: The president has called man-made climate change a hoax and his administration has refused to confirm or deny whether that's still his view. If you had a few minutes alone with him to try and change his mind, what would you tell him?

SANDERSON: In the case of the president, I would try to make the case that the climate is changing, that it's going to get worse, and the public will soon start to notice and demand action. [I would say] that global businesses realize this and that their shareholders are demanding that those businesses have a plan for when the economic conditions change to favor low-carbon technologies. I would say that America alone cannot stop the gradual global shift to demand for low-carbon technology, but it could lead the development and it could set the terms for mitigation if it remains part of the conversation. In short, I would say that superpowers rise and fall on the basis of their ability to adapt to a changing world, and that there are many who are poised to take America's place if it fails to adapt to a demonstrably changing climate.